I have returned to my first skinning love, the F-84G, and with it I finally figured out how the damage model and alpha levelling works! So without any further ado, here is my Turkish Air Force F-84G. Playable in 4K & 2K DDS and TGA, included with a fully working damage model and high metal sheen. The aircraft has been faithfully recreated on the skin seen here, including little odd mistakes like the mirrored Turkish flag on the right side of the tail and the black line on the nose which was not painted all the way through on the front landing gear doors.

The aircraft
Seen here is a F-84G-16-RE constructed sometime in 1951 at the Republic Farmingdale plant in New York (RE) as construction number 2442-1025B. That same year the aircraft was put in the USAF inventory as serial number 51-10572.

In October 1985 the aircraft was handed over to the Hava Kuvvetleri Müzesi (Turkish Air Force Museum) found at Yesilkoy, just outside Istanbul. It can still be seen there on display outside the museum Building.

The F-84G in the Turkish Air Force
As a new world emerged from WW2, it became clear that jet aircraft was the way of the future. As there soon was a surplus of the F-84G’s, the US made the aircraft available to various NATO members. As Turkey was a member of the organisation, they were eligible to add no less than 479 aircraft to their inventory. Although many came straight from the US inventory, a large part of these aircraft came from Belgian, Italian, Dutch and French inventories where the aircraft had enjoyed short service lives.

The Turkish AIr Force however, would use the aircraft from 1952 till 1966. Over the years the aircraft were operated by no less than 12 different squadrons operating from the bases like Eskisehir (1. AJÜ), Bandirma (6. AJÜ), Diyarbakir (8. AJÜ) and Balikesir (9 AJÜ), with AJÜ standing for Ana Jet Üssü, meaning as much as Main Jet Base. Most of the aircraft were scrapped after their service life, with a few remaining on display around the country. 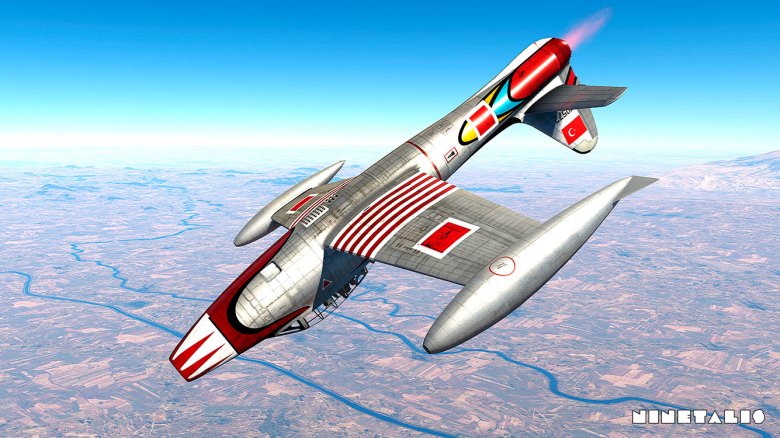 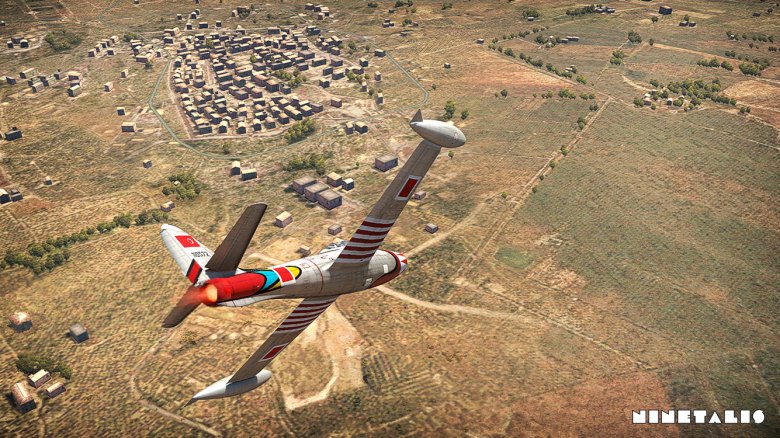 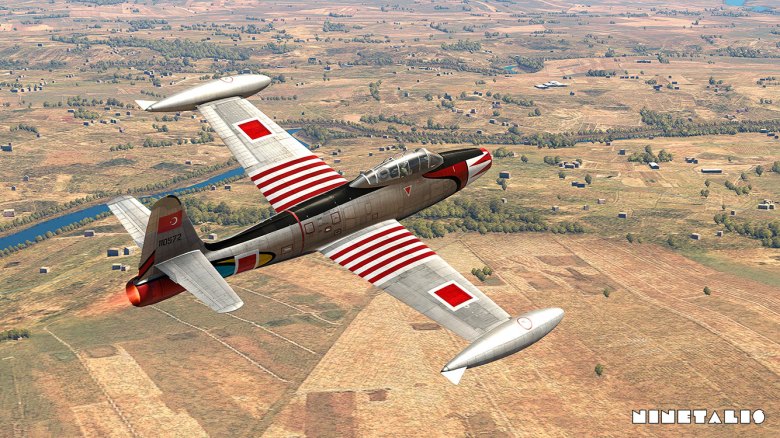