Lightning never strikes twice, but with this one you might hit a quadruple times. Hone your gunnery skills with this machine from 第306飛行隊 as seen during the Gunnery Meet held at Hyakuri air base in November 1986. I wanted to make this one for a long time but lacked sources, until I found a 1987 magazine with some good imagery. Definitely one of my favorite EJ paint jobs as it reminds me of those chubby J2M Raiden interceptors with lightning bolts painted on them. 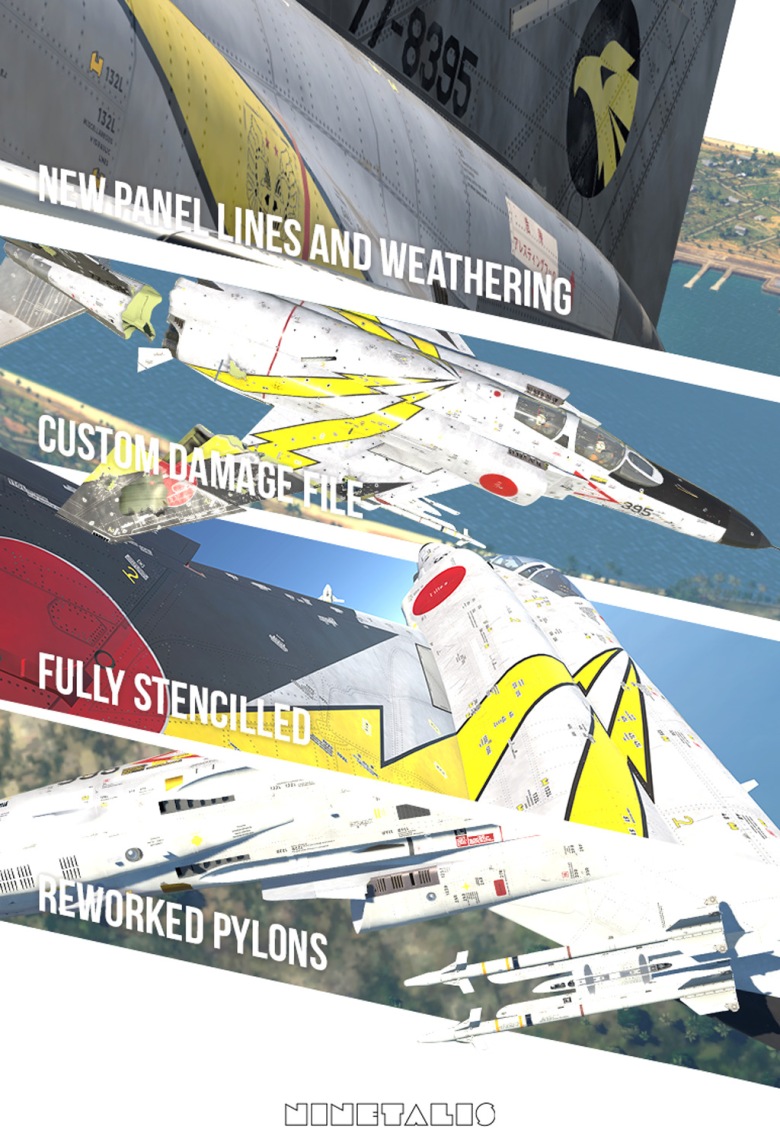 Anyway, enjoy another 8K uncompressed DDS F-4EJ skin to add to your collection. 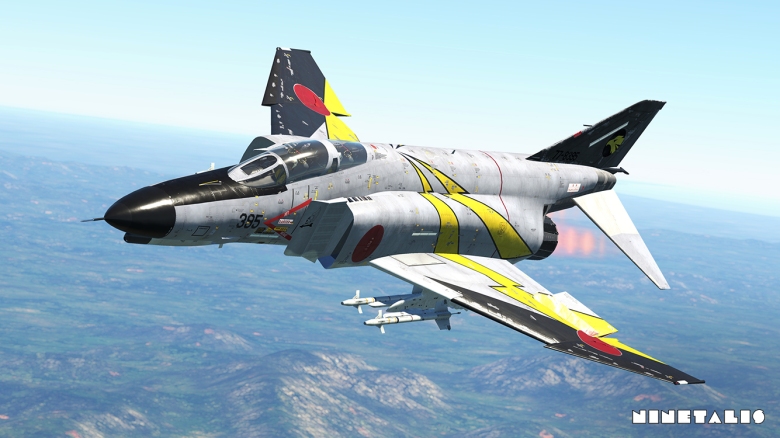 During its early days the aircraft wore several somewhat unnotable weathered paint schemes. However that changed when the 306th showed up with several aircraft at the 1986 Gunnery Meet at Hyakuri, with 77-8395 sporting 4 lighting bolts on the airframe in combination with black wingtips and horizontal stabilizer. According to one source the lightning bolts were painted on the aircraft to it easier for the wingman to identify his leader easier during high G manoeuvring and avoid friendly fire situations.

Though being one of the oldest F-4EJ’s in existence, it seems to have only served with 2 squadrons, being the 306th and the 301st. Despite it’s ‘subdued’ later life, the aircraft has been spotted at various JASDF air bases during its lifetime. As of writing the aircraft was last photographed in March 2020 and most likely still active with the 第301飛行隊 / 301st Tactical Fighter Squadron.

The F-4EJ with the JASDF 第306飛行隊 / 306th Tactical Fighter Squadron
As plans were being made to update the F-4EJ to EJ改 standard, the problem arose that there would be a shortage of one squadron deployed on Honshu. As such 第306飛行隊 was Formed in 1981 at Komatsu air base, as such the 第205飛行隊/205th Tactical Fighter Squadron converted from the F-104J/DJ to the F-4EJ, being the last of the six operational JASDF squadrons to convert to the F-4EJ.

The 306th tail marking represents that of the prefectural bird of Ishikawa prefecture, the Shirayama ‘Golden eagle’. It expresses its brave spirit of attack in combination with the mobility of lightning. Once the squadron converted to the F-15J and DJ, the circle was adjusted to a stylized six to represent the squadron’s affiliation with the 6th wing (similar to the dragon tail mark of 第303飛行隊). For a while the squadron mark was also somewhat notorious for being one of the biggest squadron marks with the JASDF, since JASDF ruling states that squadron markings can not be bigger than the Hinomaru (insignia) painted on the airframe, whit the 306th eagle being painted only marginally smaller. 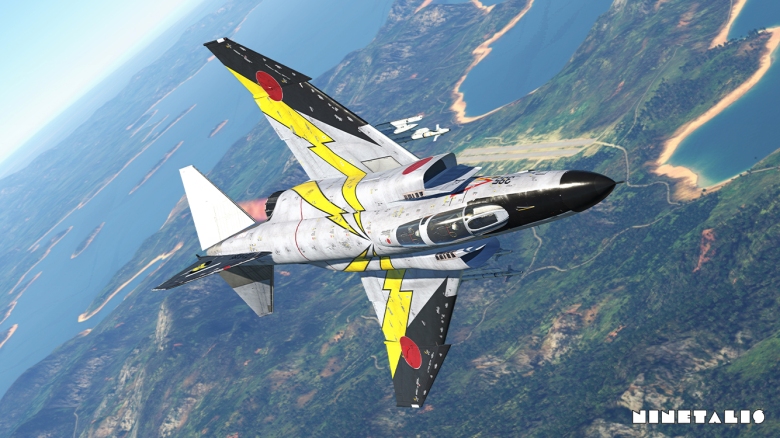 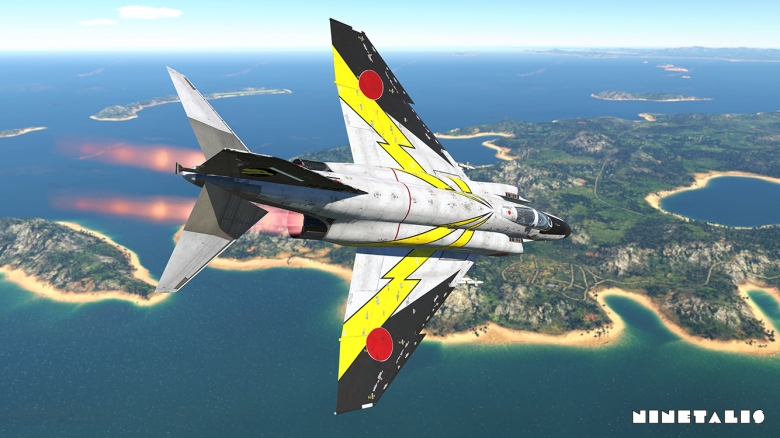