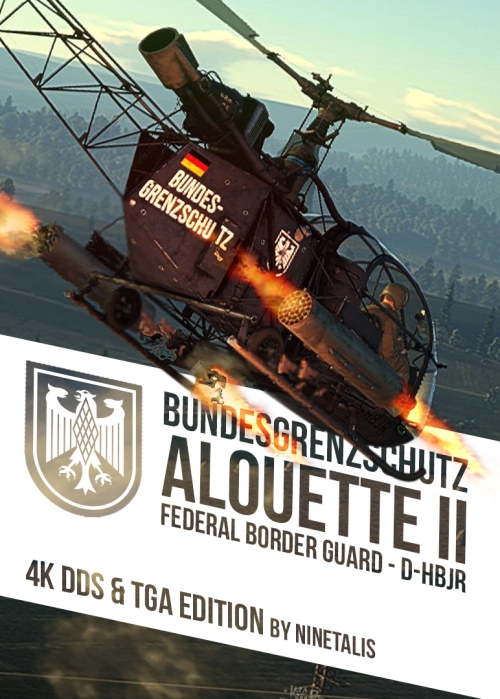 Here is another skin for the Alouette II of the Bundesgrenzschutz (West German Federal Border Guard) aircraft carrying the D-HBJR registration.Now you can prevent any pesky foreign intruders from taking your job on the Fulda map in both 4K DDS and TGA glory. I also took the liberty to change the gun belt bullets to an orange colour to respresent some type of training ammo, just for the giggles.

The aircraft and the Alouette II with the Bundesgrenzschutz
With the creation of the German border guard came the need for a light helicopter to patrol the German skies and borders (especially the East-West German border). An order for several French-build ALouette II was placed, to which the Bundesgrenzschutz recieved a number of SA-318C’s. These aircraft remained in use throughout the rest of the century and were still in use when the BGS was reorganized as the Federal Police (Bundespolizei/BPOL). Still its days were numbered after many years of faithful service and shortly after the last airframe left the inventory in 2007.

Delivered to the BGS in May 1982, D-HBJR (cerial number 2130 or ex-77+71) faithfully remained in service with the BGS until 2004. After more than 30 years of service in Germany the aircraft was sold in 2011 and is still in service and operated by Payment Solutions Inc. USA under the registration N309DB.

Bundesgrenzschutz History
In 1951 the West German government established a Federal Border Protection Force (Bundesgrenzschutz or BGS) composed of 10,000 men under the Federal Interior Ministry’s jurisdiction. The force replaced allied military organisations such as the U.S. Constabulary then patrolling West Germany’s borders.
The BGS was described as a mobile, lightly armed police force for border and internal security despite fears that it would be the nucleus of a new German army.
Over the years several services like the German Passport Control Service, West German Railway Police (Bahnpolizei) and the East German Transportpolice (Transportpolizei) was integrated into the BGS, until finally the BGS itself was incorperated into the Bundespolizei (Federal Police) 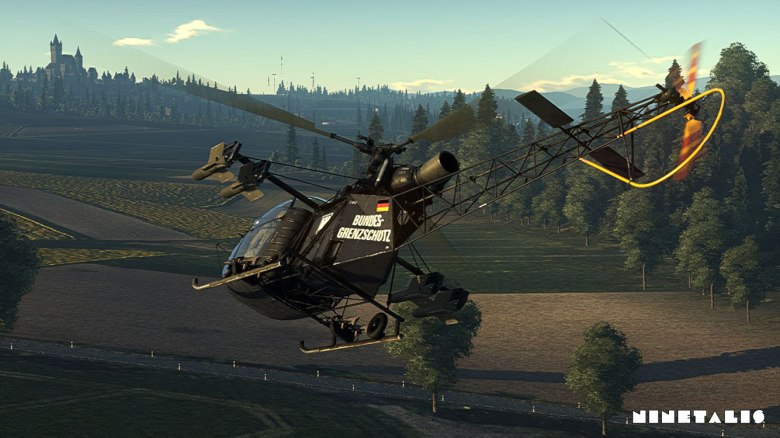