Here is a skin that has a special place for me, a Belgian Air Force Fiat CR.42. Special because it was one of the dozen subjects I researched for my Master project in 2017, a book called ‘Clean the skies!’, focusing on the losses the Belgian Air Force suffered during the invasion of the German Armed forces into Belgium in 1940. Now you can play your Fiat CR.42 in Belgian markings in the game as you defend the homeland from the vicious neighbors.

I do want to add, the chance of me making another CR.42 skin is small, as it was by far the worst skin file I’ve had to work with up until now. Nonetheless, enjoy this work in 4K & 2K DDS, as well as the original TGA file size on both the Italian and German tech tree, as the premium Marcolin’s aircraft. 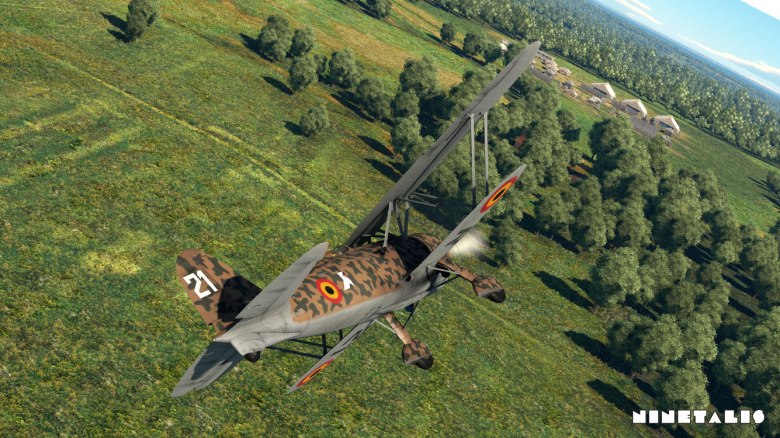 The aircraft
Like all Fiat CR.42 in the Belgian air force, it’s career was short lived. Delivered in March 1940, it was part of the batch of 40 (ex-Reggia Aeronautica) aircraft ordered by the Belgian Government just three months before in December of 1939. R-21 was quickly delivered to Squadron 4/II/2Aé ‘White Cocotte’, along with 14 other aircraft which would be delivered in the run up to hostilities. It is assumed that the construction numbers range somewhere between N.221 to N.260. The camouflage is also a bit of a mystery, but I recently came across a German colour photograph which shows a burnt out Belgian CR.42, of which part of the camouflage can be seen which indicates that the dots were all in the same colour.

As German bombers lumbered overhead on the morning of the 10th of May, 1940, R-21 and R-2 could be found in a hangar at Nijvel/Nivelles air base, undergoing its 50 hours inspection. By the time of evacuation later that day, the hangars were completely destroyed and the aircraft were considered a total losses. Later an attempt was made to recover or sabotage any usable aircraft at the base, but it is unclear what aircraft what exactly happened as all the military files were hastily evacuated on railway carriages, which the German Armed Forces could find took into custody after the fall of France, never to be seen again.

Still hidden in an archive or cellar somewhere waiting to be found? Destroyed during an Allied bombing raid? Burned by the Germans during the fall of Germany? We might never know what happened to these historical documents.

The Fiat CR.42 with the Belgian air force
As the dark clouds of war gathering over Europe again in the late 30’s, Belgium saw the trouble looming over the horizon. Years of poor political decision making had left the military in a sorry state. The Belgian air force was probably in the worst state of all at this point, with the although modern for its time, yet outdated Fairey Firefly II and Fairey Fox (both Belgian build and designed btw!) forming the backbone of the armed forces.

Several efforts were made to buy new aircraft, but no truly large orders could be made. Knowing that the Belgium government was desperate and only had limited options in their quest for new equipment, Fiat had set the unit price for the CR.42 at 66.000$, which was a lot higher than what it had asked other buyers. Despite this an order was placed for 40 aircraft and 8 spare engines in December 1939. By the 6th of March, 1940 the first batch was delivered and the aircraft were divided amongst ‘Squadrons’ 3/II/2Aé (Red Cocotte) and 4/II/2Aé (White Cocotte). In total 33 aircraft would be delivered receiving serials R-1 to R-33. Although the in-flight performance was not bad, the aircraft proved unpopular amongst pilots and ground ground alike. Many even believed that the Italians had somehow sabotaged the guns and their ammo, as its performance proved extremely poor. 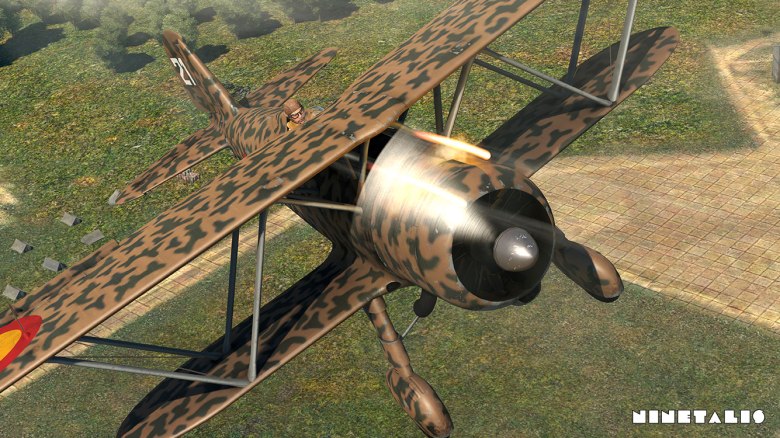 During the conflict the Belgian air force fought bravely against the massive invasion force at the price of staggering losses. Although it lost more than half of its inventory (mostly during bombing raids) some successes were made. After jumping from one base to the other, the remaining Fiat CR.42 redeployed to Chartres on the 16th of May 1940 and stayed there until the fall of France, after which the remaining aircraft were handed over to the Germans. Most pilots evacuated to either the UK to join the RAF or to North Africa to fight alongside the Free French. Despite its ‘poor performance’ the Fiat proved itself with 5 claimed victories and 6 probables with the loss of only two Fiat’s in combat during the 18 days of fighting. 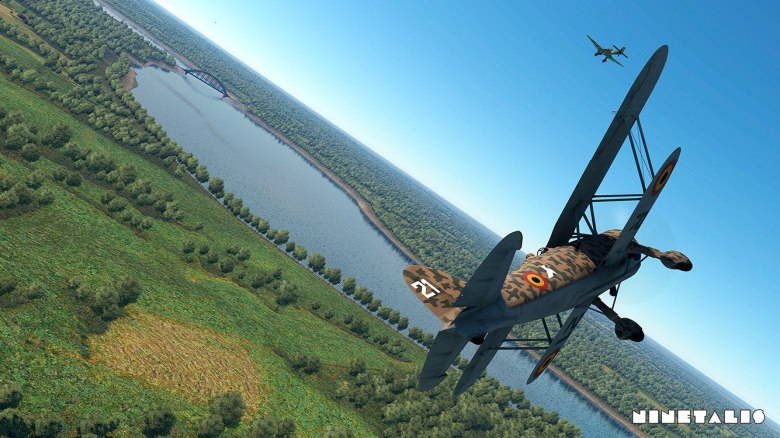 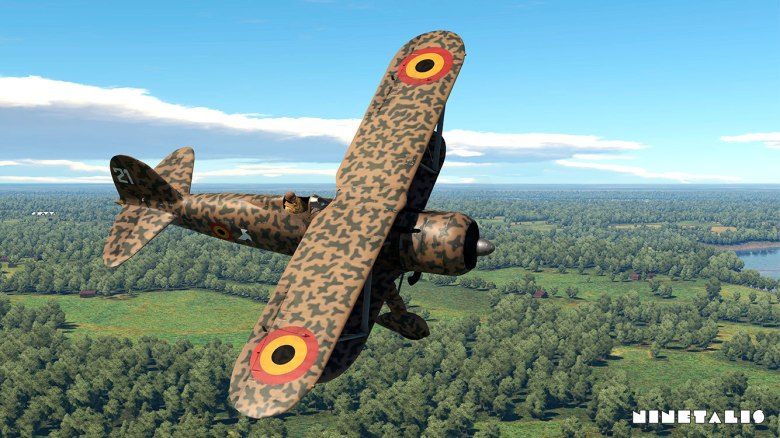