Now that I’ve finished the Ace Combat 7 campaign, it was time to get another skin done. So here is my Portuguese F-84G skin of the Patrulha Dragöes, the Portuguese display team throughout the fifties. Now you can play this Portuguese aircraft in 4K and 2K DDS and original TGA size.

The aircraft
Presented is the F-84G-26-RE s/n 51-16648. This aircraft was first put into USAF service but later transferred to the Portuguese Air Force as 5168. It was first delivered to the 21st Squadron as part of the 201st Group. There it became part of the Patrulha Dragöes, the official display team of the Portuguese Air Force in the fifties. The team performed all over the European continent, including the Bierset air base 1958 airshow in Belgium, were this aircraft also performed.

In 1961 the aircraft was handed over to the 93rd Squadron which was part of the 901st Group. This detachment was created to be sent to Luanda on the 25th of July, 1961, as a reaction to the armed conflict which had emerged in Angola. By 1971 years the aircraft was written off and later it was salvaged at Luanda Air Base, Angola. Due to a lack of spare parts the squadron’s aircraft were only operational until 1973. Although the aircraft was written off in 1971, it was in fact preserved and placed on public display on the island of Luanda. However, its current state and whereabouts are unknown at this time.

The F-84G with the Força Aérea Portuguesa
As part of the NATO alliance, the Netherlands soon became one of the Mutual Defense Aid Program partners during the early 50’s. In total 125 aircraft would be provided to the FAP, with aircraft ranging from factory fresh airframes to aircraft delivered from other European inventories like ex-Belgium and even ex-USAF airframes.

In January 1953 the first 25 units were delivered straight from the factory. They were integrated into the newly formed 20th Squadron based at the Nº 2 air base at Ota. Following deliveries of surplus fighters from various allied countries in 1954, 21st Squadron was created. In 1958 the aircraft were replaced by F-84 Sabres in the air defense role, with the Thunderjet being reallocated as ground attack and close air support assets. Some of the aircraft were sent to Angola for missions in this role. At some point the 93rd squadron was also stationed at Air Base No.10 in Beira (Mozambique) to protect its seaport due to the enormous instability caused by the independence process of Rhodesia. 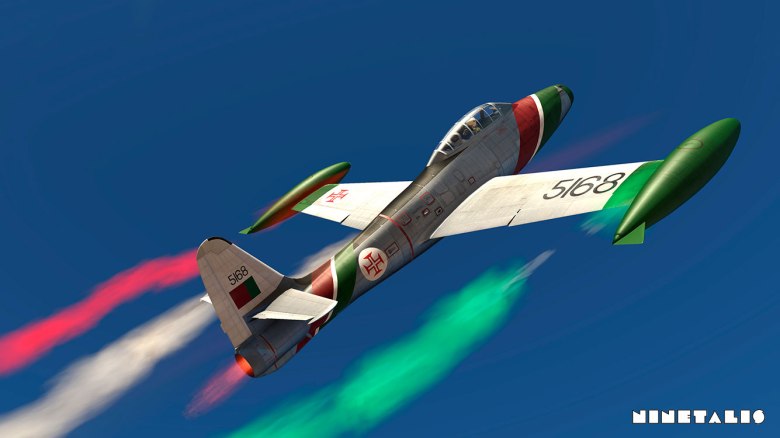 Another effect of these aircraft was the emergence of several display teams, with the first one being an unnamed display team of 20 Squadron.For reasons of rivalry, 21 Squadron decided to create its own display team. The commander of No.2 air base suggested that the two team should be merged into one single team. They took on the name of Patrulha Dragöes, completing their first performance on November 30, 1954, during an official visit of the President of Greece to Portugal.

With the arrival of the F-86 in 1958 and the phase out of the Thunderjet as air defence fighter, the display was disbanded. That same year however another F-84 team emerged, the “Sao Jorge” team (Saint George) based at the B.A.2 Air Base in Ota. The name referred to the 11th century story of Saint George who slays the dragon who demanded a princess chosen as the next offering as one of his human sacrifices.

For the beginning months, the team kept flying with the original paint schemes of the Dragöes teams, but with an added ID number on the nose. Later they were completely repainted to a red bottom and black top paint scheme. In 1967 the team was officially disbanded. 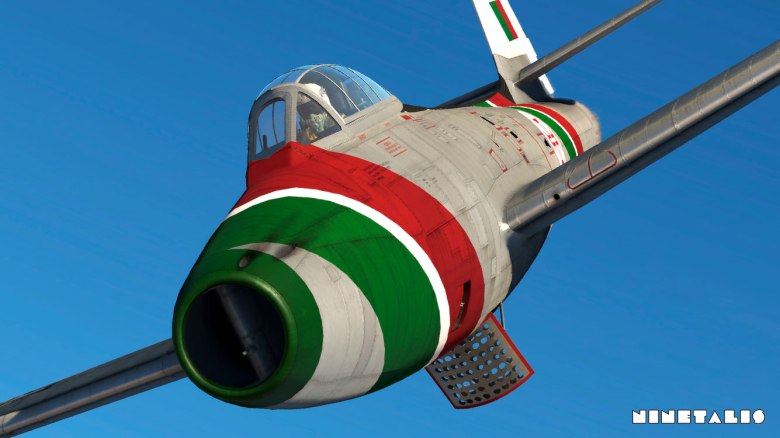 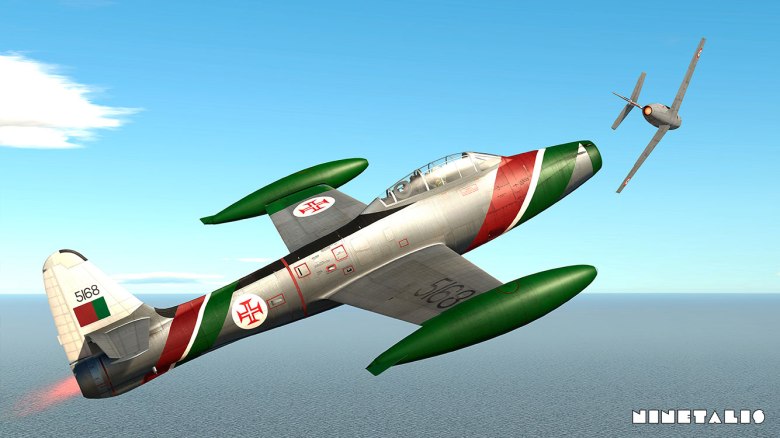 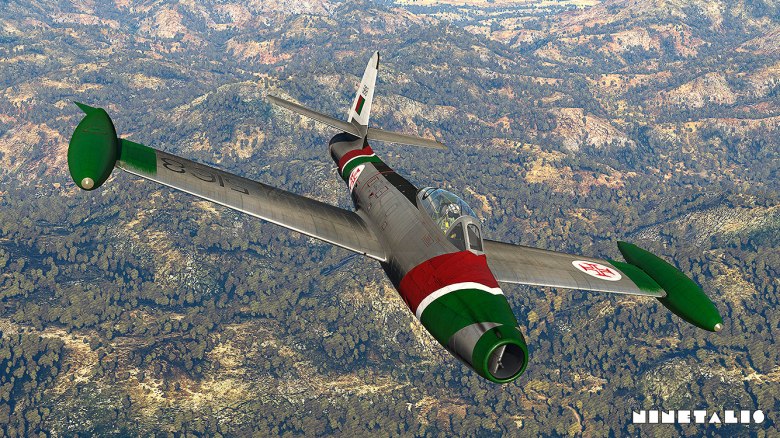 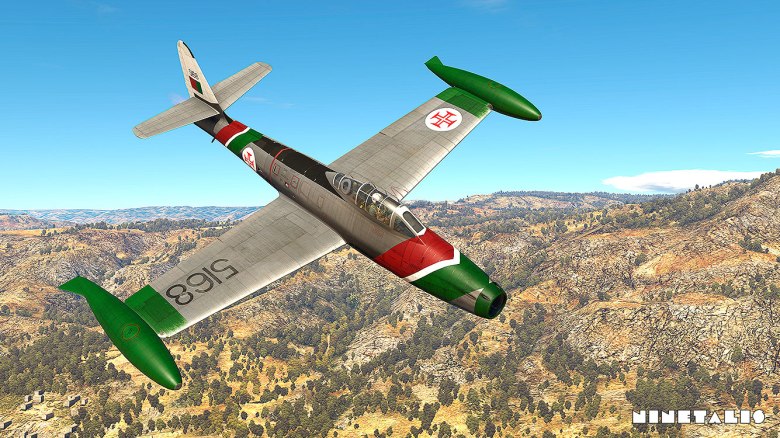 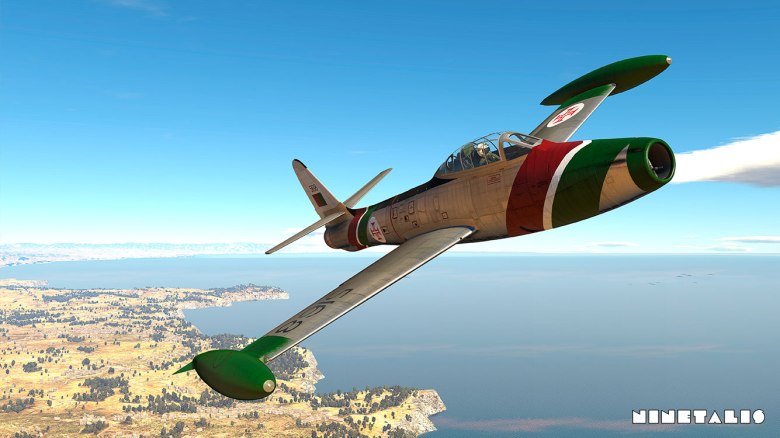