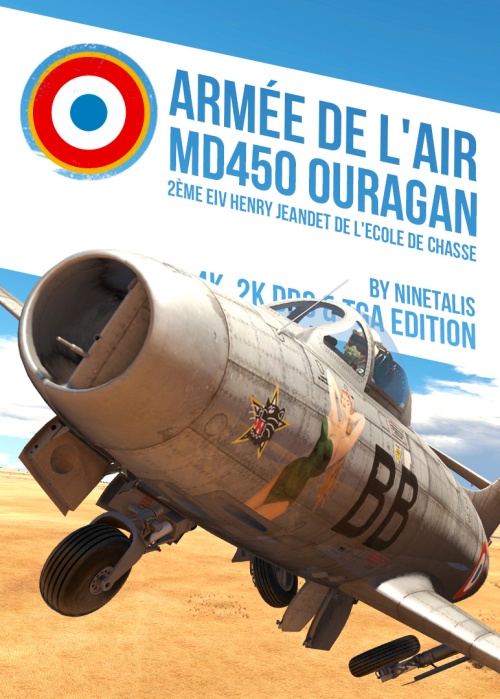 This time something a little bit different than usual, a standard aircraft, but a large pin up inspired on the 60’s French moviestar, Brigitte Bardot. This pin-up was faithfully recreated in Photoshop from original photographs, and then expanded in Illustrator for that ‘painted’ look before applying to the skin files. It can be enjoyed in all three provided file types, 4K & 2K DDS and original TGA file size.

The aircraft
There is not much I can tell about the aircraft’s history, however there is a lot to say about the ‘squadron’ and I did manage to find the story of the pin-up and its fate. The aircraft BB (double bravo) was based at the fighter squadron school in Meknès, Marocco. This was the 2ème EIV Henry Jeandet de l’Ecole de chasse (roughly translated as ‘Second EIV Henry Jeandet fighter school) was in turn was part of the 314 groupement école – CEAA (314 school group). This group was the direct successor of the fighter school based in Meknès, established on the 5th of December 1943.The group was outfitted with ex-GCI/2 Dewoitine D.520’s which were adorned with the ‘stork’-insignia and the insignia was donated to the newly established school. The school was soon split into multiple parts and outfitted with various aircraft types like Spitfires, P-47’s, Airacobra’s, Miles Martinets and others. In total roughly 210 aircraft were based there by the mid-50’s. In 1961 the school relocated from Marocco to Tours in France where it still resides to this day, now outfitted with Alpha Jet aircraft.

Now back to the aircraft. Sometime in June 1957, the MD 450 Ouragan ‘BB’ was adorned with a pin-up of Brigitte Bardot, one of the most famous French movie star of that era. Although I did not find a source stating this outright, the matching ID code with Brigitte Bardot’s initials are probably not a coincidence, as the superstar was often referred to in public by her initials. Being a training airframe, the aircraft was flown by several pilots, one of them being a certain Adj. Robert Jaillet who flew it with the artwork in place.

While the crew was rather proud of their artistic achievement, it seems that higher ranking officers were less impressed, as the decoration was already removed after 8 days. While the aircraft’s final fate is unknown, Brigitte managed to have a successful career, retiring from acting and singing in 1973. From then on she wanted to focus on animal welfare activism. She is now also more infamously known for several controversies surrounding her criticism on immigration, politics and several legal issues stemming from these criticisms.

The Dassault MD-450 Ouragan with the l’Armée de l’air
After the Second World War it became clear to the French aviation industry that thr lost ground had to be made up. Enter Marcel Bloch, a French aviation designer who had been held captive and tortured by the Nazi government during the conflict, suffering life-threatening physical and mental wounds. However, requested by Charles de Gaulle to save the country’s aviation industry, he set about creating the Ouragan, the country’s first production jet aircraft. More of this incredible story is explained in Episode 70 of the shooting range.

With the Dassault M.D.450 Ouragan being first production run French jet aircraft, it is only natural that the l’Armée de l’Air ended up placing several orders, with the first one comprising an order of 150 aircraft in August 1950. In 1952 the first Ouragans officially entered service, replacing several types of aircraft. Due to the quick entry into operational service many of the pilots experienced unwanted manoeuvres. These problems were rapidly fixed and soon after it even became the Patrouille de France aerobatic team’s aircraft of choice from 1954 to 1957.

Its time as a frontline service aircraft was short-lived and in May 1955, only 3 years after the type’s introduction, it was already being replaced by its successor, the Dassault Mystère IV. In 1961 the last Ouragans were taken out of operational service, with some aircraft remaining in use for training purposes throughout the 1960’s. 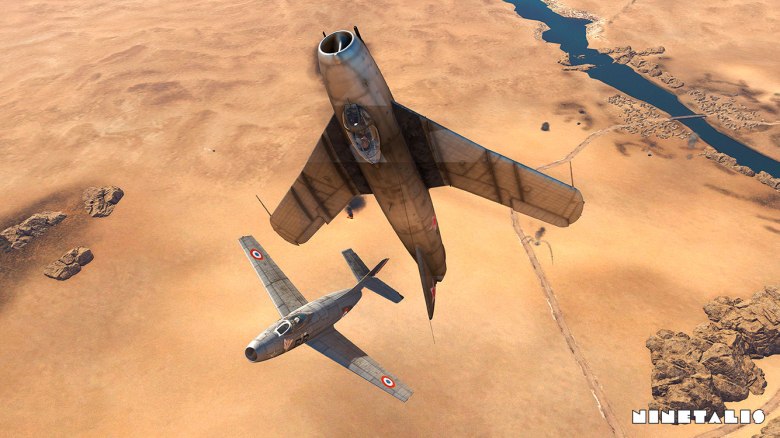 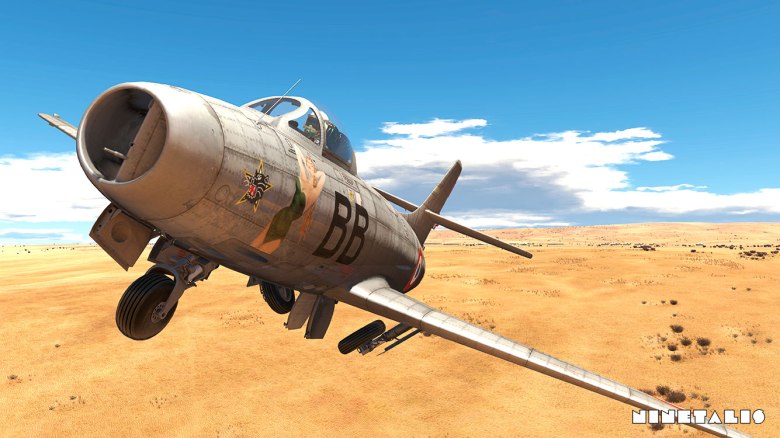 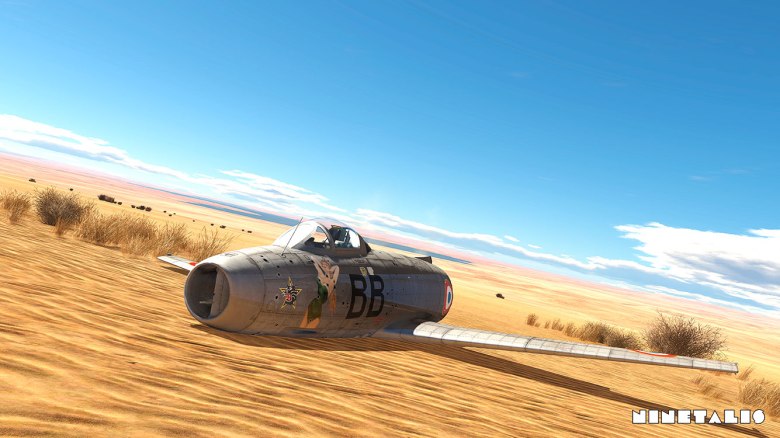