Introducing my first MD450 Ouragan skin consisting 12-YB from the 1/12 Cambrésis squadron as seen in 1954. The aircraft was faithfully recreated from several historical photographs as usual. It is also as always playable in a 4K and 2K DDS version, as well as a TGA variant for those who wish to use that.

The aircraft
Presented here is the Dassault M.D.450 Ouragan, production number 373. It flew with the 1/12 Cambrésis carrying the ID-code 12-YB from 1954 till 1955. All Ouragan within the squadron carried ID codes 12-YA to 12-YZ. Ten years later after its introduction to the squadron, 373/12-YB was sold to the Israeli Air Force (possibly as 195). Later on the aircaft was sold to the El Salvadoran Air Force as 703.

The Ouragan in 1/12 Cambrésis
In May 1952, the 1/12 squadron was the first squadron to receive and introduce the Ouragan within the French Air Force. First flying 2 prototypes, they received the first production Ouragan on the 8 of July that same year. This is soon followed by at least 11 more aircraft which are were presented during the yearly parade flying over the ‘champs Elysées’ on the 14th of July. By November the first cannon and rocket tests are performed with the squadron and accumulated 2300 flying hours by the end of that same year.

By July 1953, the squadron is moved from Cazaux to Mount Marsan, landing its 16 Ouragan at the BA 103 Cambrai airbase. On the 1st of September the squadron officially takes on the name as 1/12 Cambrésis which it still holds to this day. In 1955 the aircraft recieve additional markings in the form of red accents for Patrouille de France display service. That same year however the squadron also receives the new Dassault Mystère IV, numbering the days of the Ouragan with the 1/12. Over the year the aircraft are gradually removed to other squadrons, with the last aircraft leaving on the 17th of November, 1955.

The Dassault MD-450 Ouragan with the l’Armée de l’air
After the Second World War it became clear to the French aviation industry that thr lost ground had to be made up. Enter Marcel Bloch, a French aviation designer who had been held captive and tortured by the Nazi government during the conflict, suffering life-threatening physical and mental wounds. However, requested by Charles de Gaulle to save the country’s aviation industry, he set about creating the Ouragan, the country’s first production jet aircraft. More of this incredible story is explained in Episode 70 of the shooting range.

With the Dassault M.D.450 Ouragan being first production run French jet aircraft, it is only natural that the l’Armée de l’Air ended up placing several orders, with the first one comprising an order of 150 aircraft in August 1950. In 1952 the first Ouragans officially entered service, replacing several types of aircraft. Due to the quick entry into operational service many of the pilots experienced unwanted manoeuvres. These problems were rapidly fixed and soon after it even became the Patrouille de France aerobatic team’s aircraft of choice from 1954 to 1957.

Its time as a frontline service aircraft was short-lived and in May 1955, only 3 years after the type’s introduction, it was already being replaced by its successor, the Dassault Mystère IV. In 1961 the last Ouragans were taken out of operational service, with some aircraft remaining in use for training purposes throughout the 1960’s. 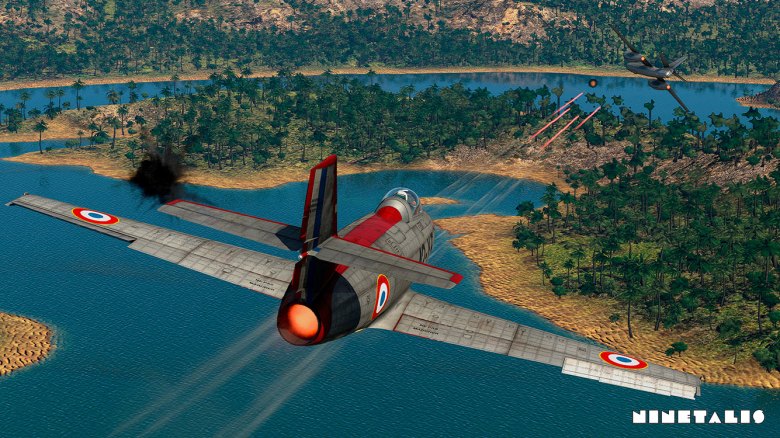 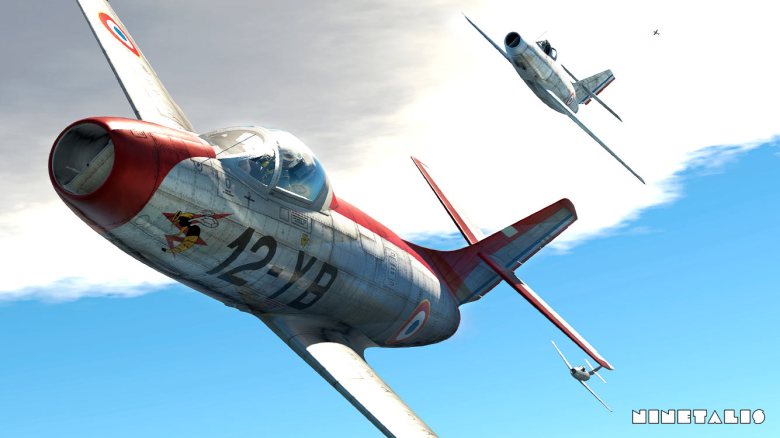 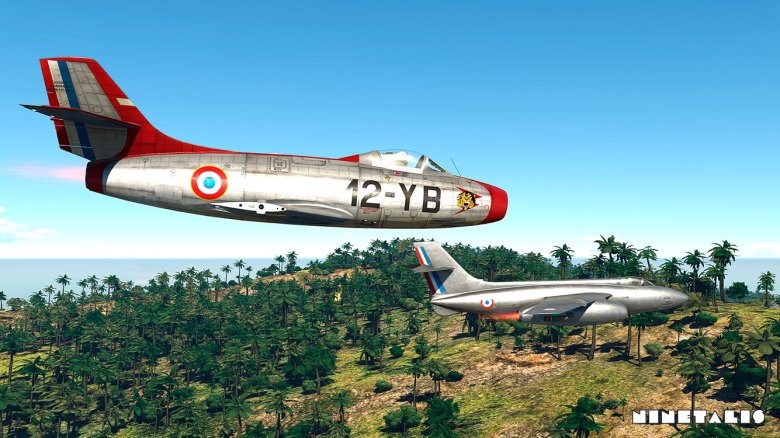