Time for a new chapter, and not only in the fact that this is my first boat skin for the game. I’ve dabbled with some 3D software in the past, but this time we’re taking it to a whole level. Big thank you to @Liechtensteinn for showing me the basics with Substance Painter and providing a base for me to work on. Anyway, let’s get things started 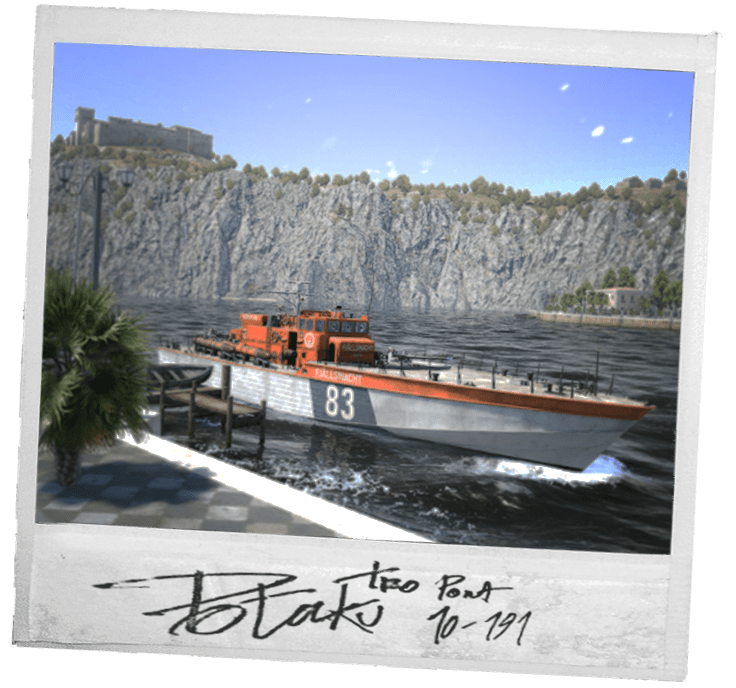 The Multitååk bøt V5
Being an island with several offshore territories, it should not be surprising that Fjållslønd has a long and rich history with naval vessels, much of it involving smaller coast guard vessels mostly made up of the popular multitååk bøt type (Multitååk bøt standing for ‘Multi-purpose boat’). This chapter is about the fifth generation of the modern boat line which started in A.A.149. With a large part of the light fleet having aged far beyond its envisioned service life, the Fjållswacht was in desperate need to replace a number of its Multitååk bøt V3’s . A sped up design process was put into motion for what would eventually become the Multitååk bøt V5, the first of which being launched as early as A.A.151. 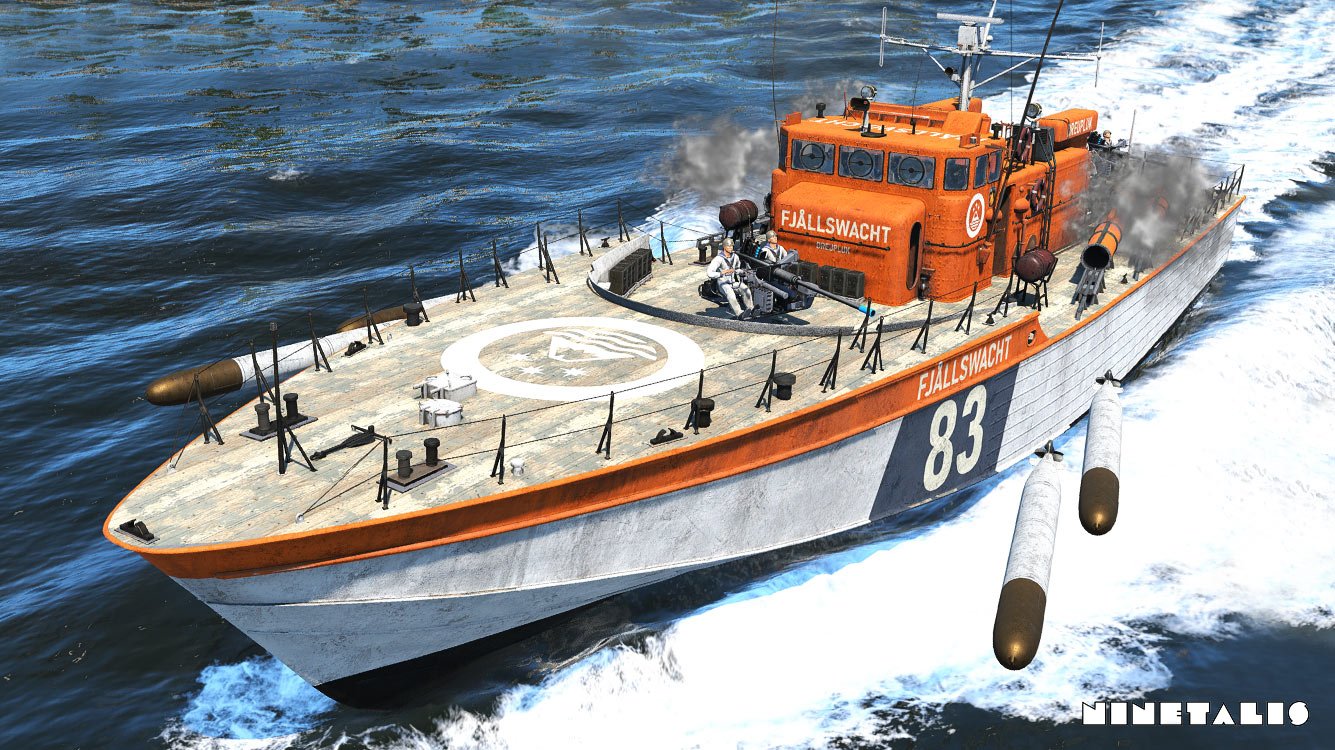 With a capability to hold a displacement up to 150tons, the ship was outfitted with a total of four engines. Two of these were Diesel engines provided by BOZZ while the last two were gas turbines provided by Nœrdic, altogether providing a total of 11.000 horsepower able to propel the vessel to a top speed of 40 knots. Although most were used for pacifist purposes, an armed version outfitted with four torpedo tubes and two 40mm cannons was provided as well. As per tradition, the ships were named after towns found within the nation of Fjållslønd. Although most were enthusiastic at the time of its introduction, nobody in their wildest dreams envisioned that the design would prove to so capable that it would be an export hit, with some still being kept into service as of writing, all be it in limited transportation and relief duties.

The Multitååk bøt V5 with the 77th Squadron
The Fjållswacht is the longest existing armed service in Fjållslønd history, with traces that can be dated all the way back to the inception of the Kingdom of Fjållslønd, when King Fin of Öbanii formed the Fjållswoogt as its initial barrier to protect the nation from foreign invaders.

Within the Fjållswacht, the 77th Squadron is also one of its older squadrons that can be traced back to -486 A.A. where it was outfitted with several large sailing warships as escort vessels to keep trade ships safe on the open seas. In recent history however the squadron tended to operate small but fast and hardhitting Multitååk bøts to protect the smaller islands surrounding the main island. Like many other Multitååk bøt squadrons in 152A.A., the 77th was still outfitted with the older and venerable Multitååk bøt V3’s. This was soon to change, as it received a total of 10 V5’s that year to replace its older V3’s, being V5 vessel 5072 to 5082. By the next year all V3’s had been swapped out for brand new V5’s, being V5 vessel 5083 to 5086 and 5110 to 5120. The ships received the typical Fjållswacht color scheme consisting of a white base with orange and Fjållsløndic blue accents and a large Fjållswacht insignia on the forward deck of the ship. 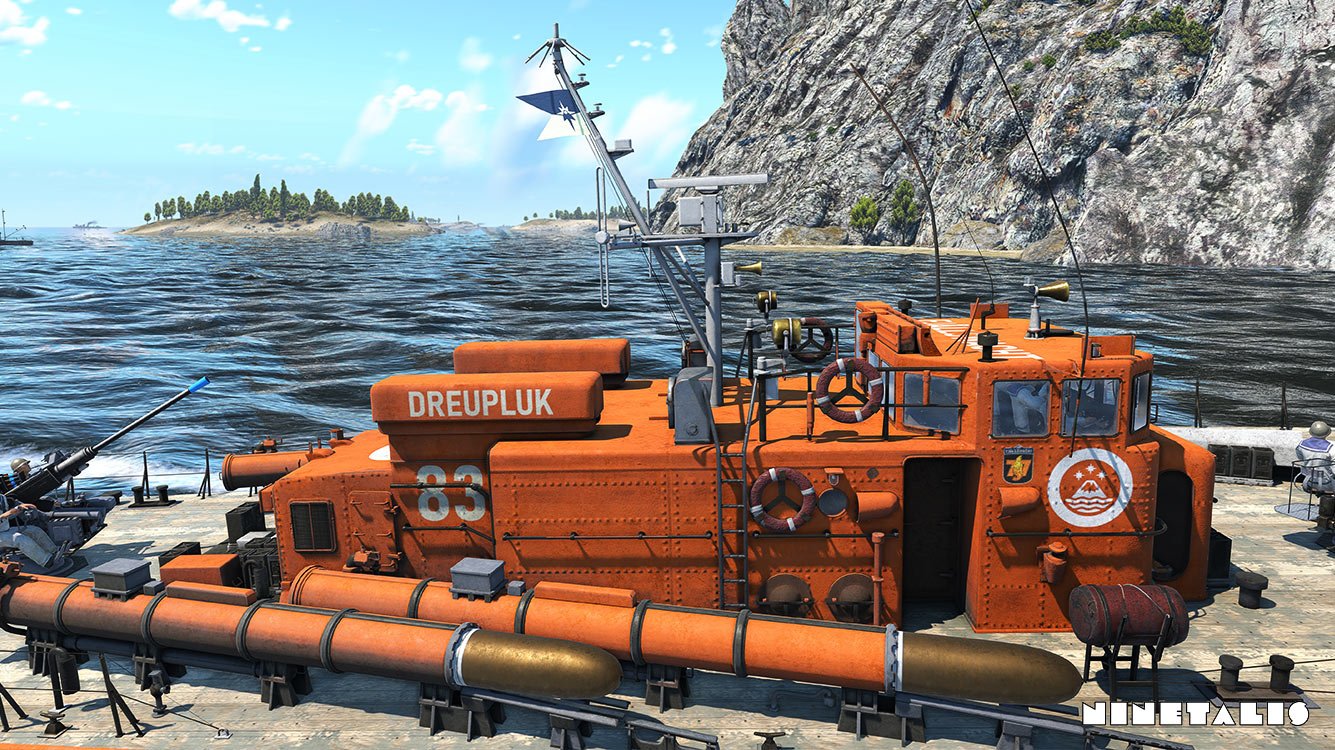 During the years it operated V5’s, the 77th was mostly station around the small volcanic island of Pokatu, which is the island found east of the main island of Fjållslønd. Although this tends to be a more safe area to be in terms of intrusion events, the active volcano found there tends to keep the squadron active in the way of having to perform relief duties for the inhabits of the islands, as well as plucking fugitives from the seas fleeing from conflicts or persecution overseas. By 211A.A. the squadron’s duties were changed once more to that of ‘open sea protection’. With the V5 never being meant to perform long term operations, the boats of the 77th were allocated with other squadrons based at Pokatu. Meanwhile the 77th squadron received new Seebøts of the Kalådon class. 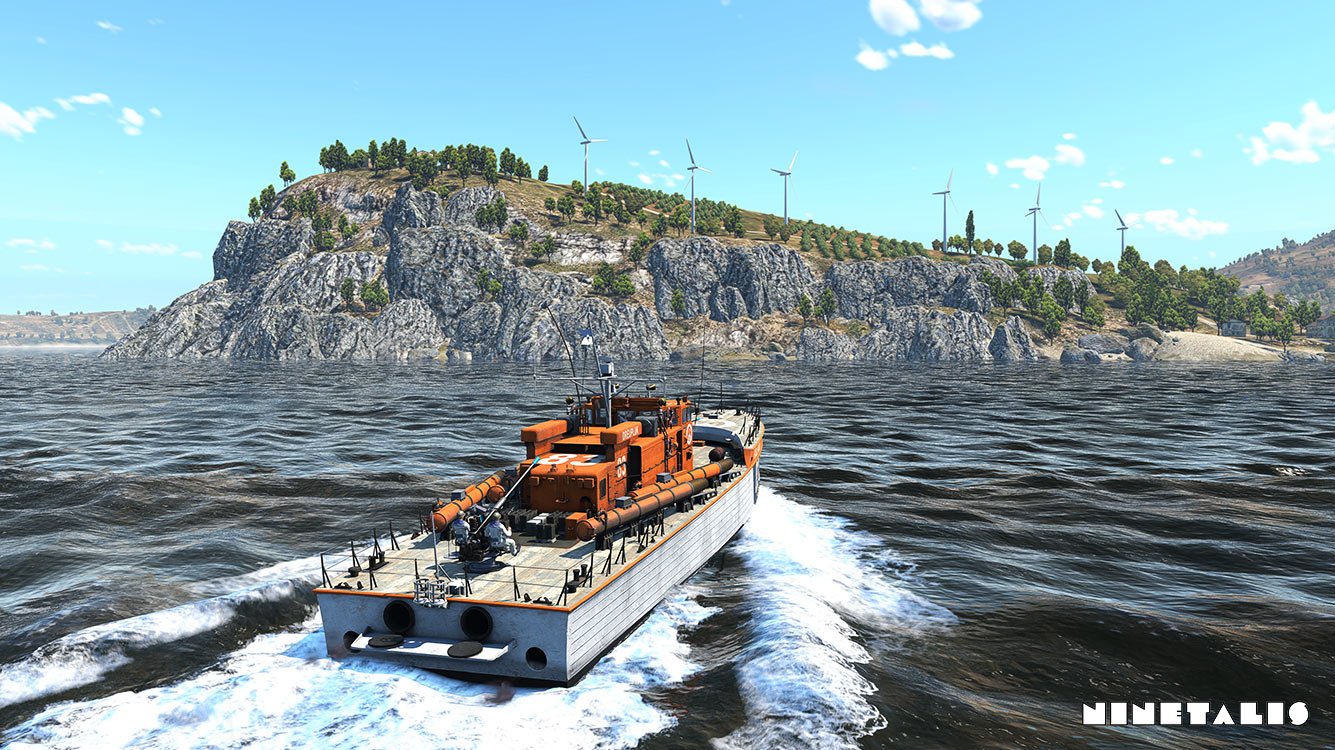 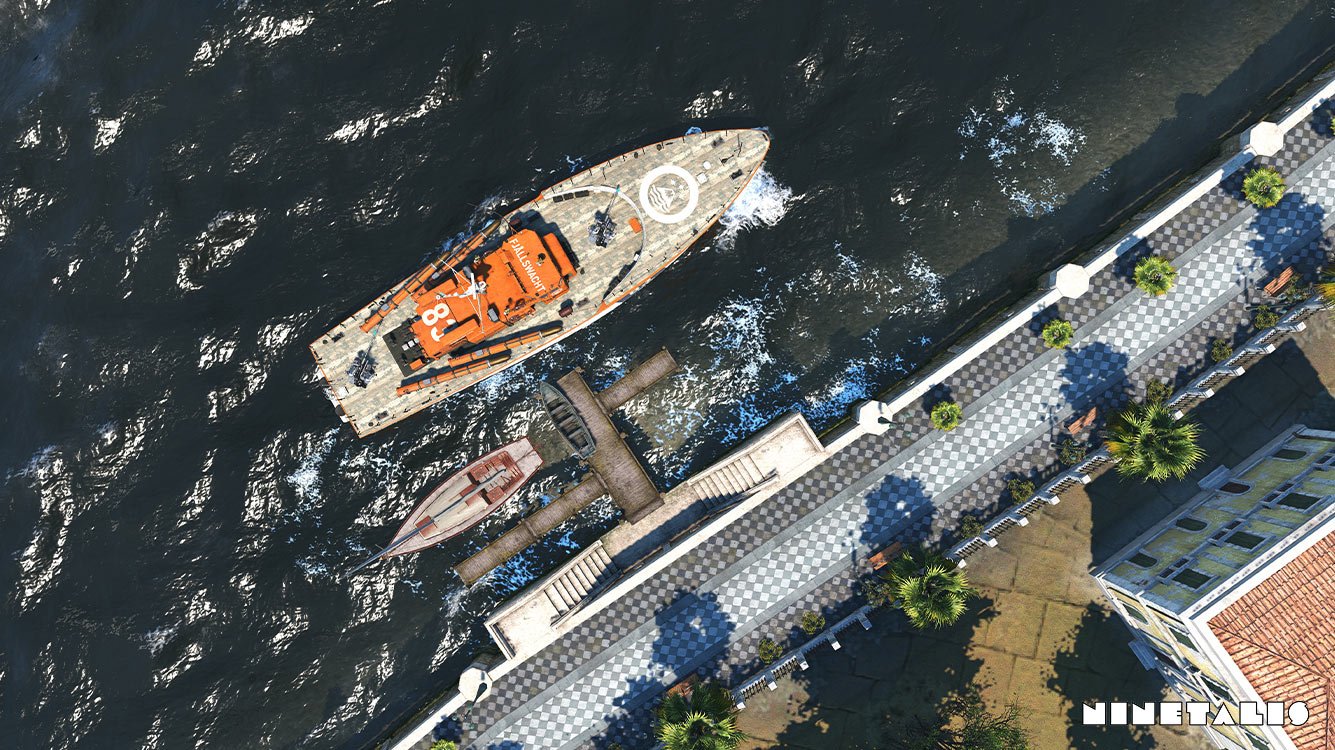 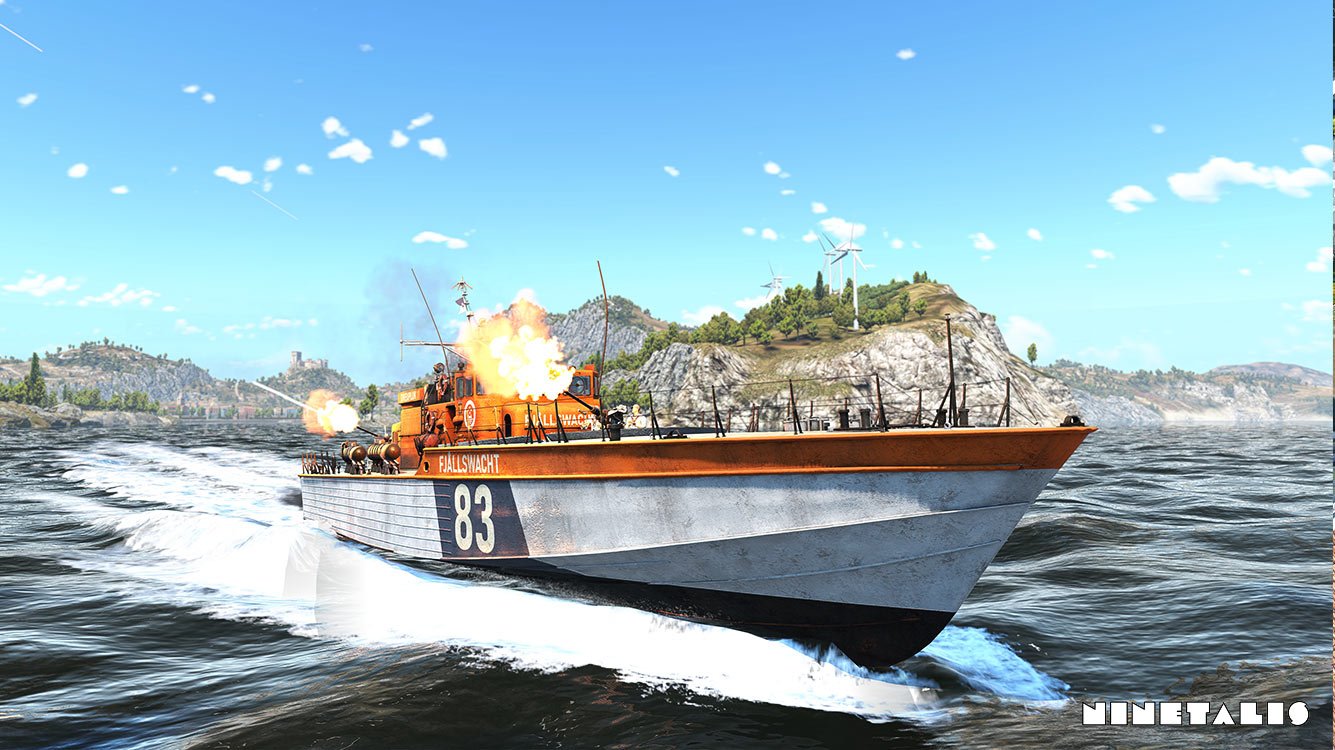 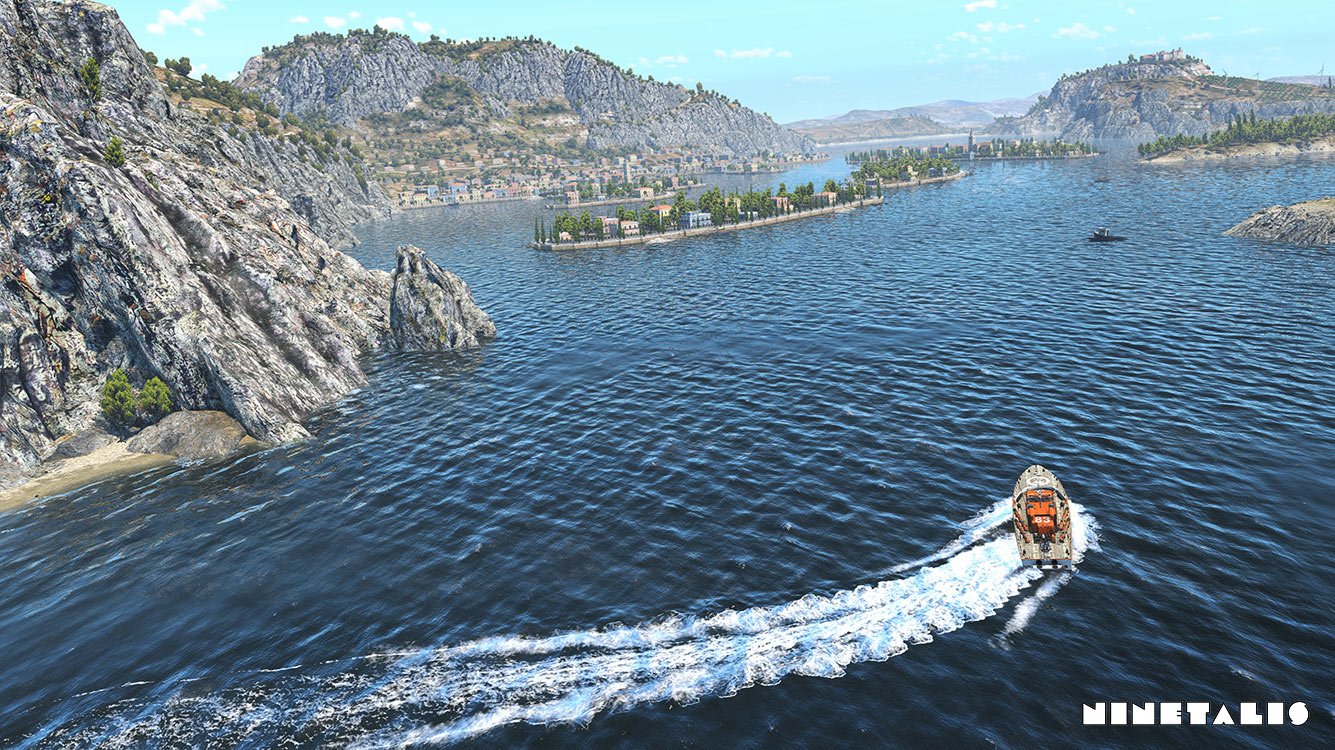 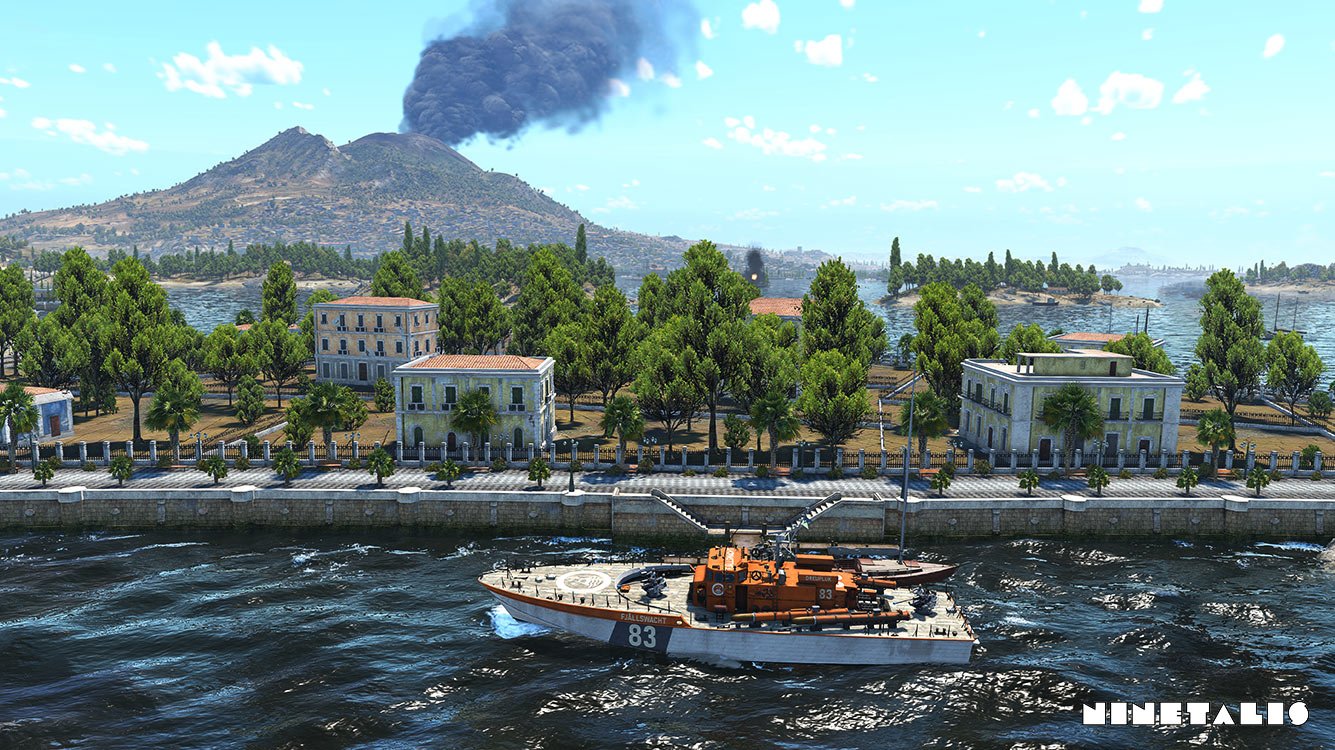 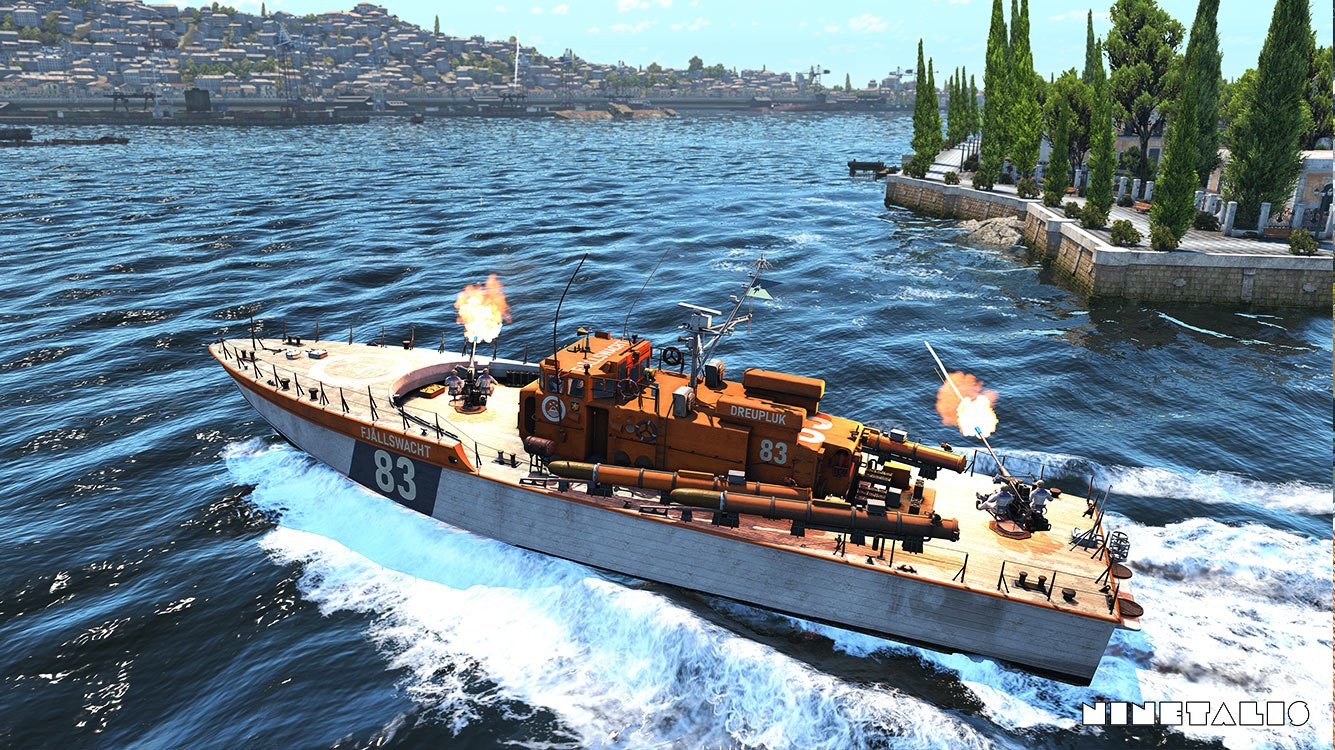