As the Second World War steadily progressed, aircraft were constantly being updated and replaced. This was no different for the trusty Grumman F4F Wildcat on which the US Navy had depended so heavily during the early part of the war. By 1943 Grumman had switched its production to the newer and more powerful Grumman F6F Hellcat. However this was not the case with General Motors who continued to build a licensed version of the F4F-4 variant dubbed the FM-1. It differed in having only four 50.cals instead of the six it had originally, but the added ability to carry a load out of rockets or drop tanks. It remained a popular tool for the many smaller escort carriers serving in the Atlantic and Pacific theatre. It was so popular in fact that a new variant was created, using a more powerful engine and a bigger tail to cope with the additional torque of this new engine. The optimised aircraft was subsequently dubbed the FM-2.

For this project I made use of the Hobby Boss FM-1 kit which I adjusted to an FM-2 model. In short I must admit I rather love the Hobby Boss quarter scale Wildcats. Having built the F4F-3 variant before, I knew it would be a great model for a quick project. As such the whole construction, painting and decal process only took me a weekend to complete. After the paint had dried for a few days I finished it all with a layer of Alcad gloss clear coat. If you have this kit and was hoping to do an all out build, do not worry. The kit provides great detail overall which you can exploit if you wish to do so. In essence the kit builds well, though the cowling of the aircraft is incorrect for the FM-2. You can easily fix this by carefully cutting the excess parts of the cowling before construction and painting.

The aircraft build here was part of VC10 stationed on board of USS Gambier Bay (CVE73) during October 1944. Although rare for carrier-based machinery, this aircraft was assigned to lieutenant Bruce A. McGraw who had been awarded the Distinguished Flying Cross for actions over the Bonin Islands on the 31st August 1944 earlier that year. It should also be noted that the kit suggests that the aircraft was overal blue sporting the late war US Navy insignia. However I found several images of the aircraft in question (and other FM-2’s) which show that it used the ‘mid-war’ insignia type with the dark border surrounding the star and bars. Again this is easily fixable as you can use the insignia decals for the Atlantic paint scheme which are also included with the kit, as such you are free to use the one that is closest to your liking. 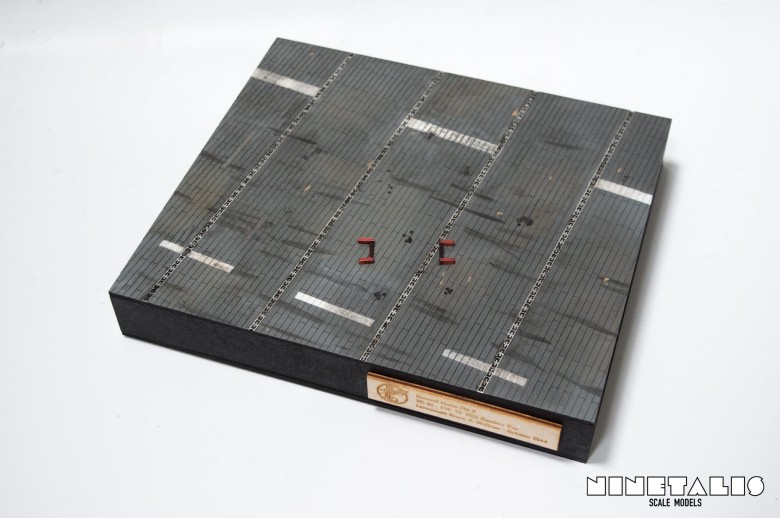 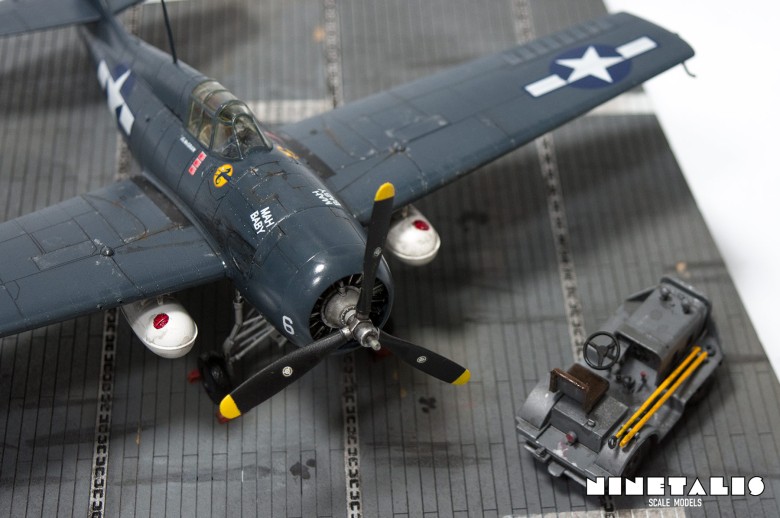 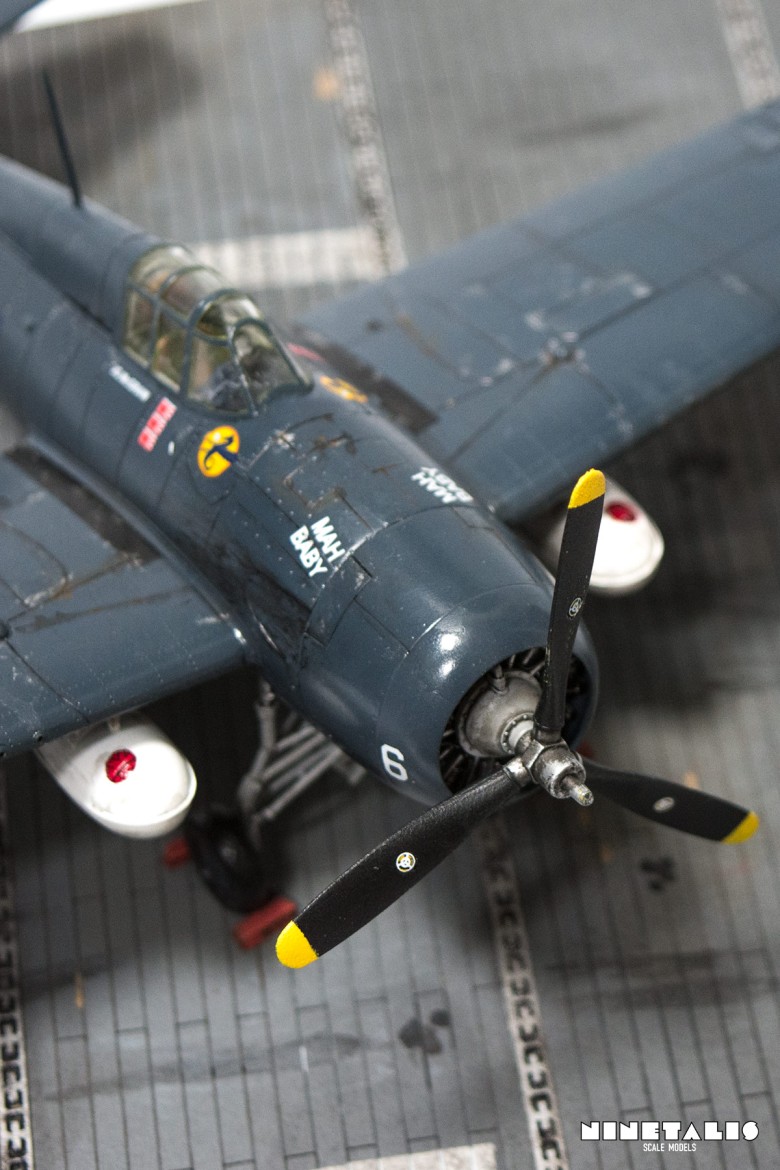 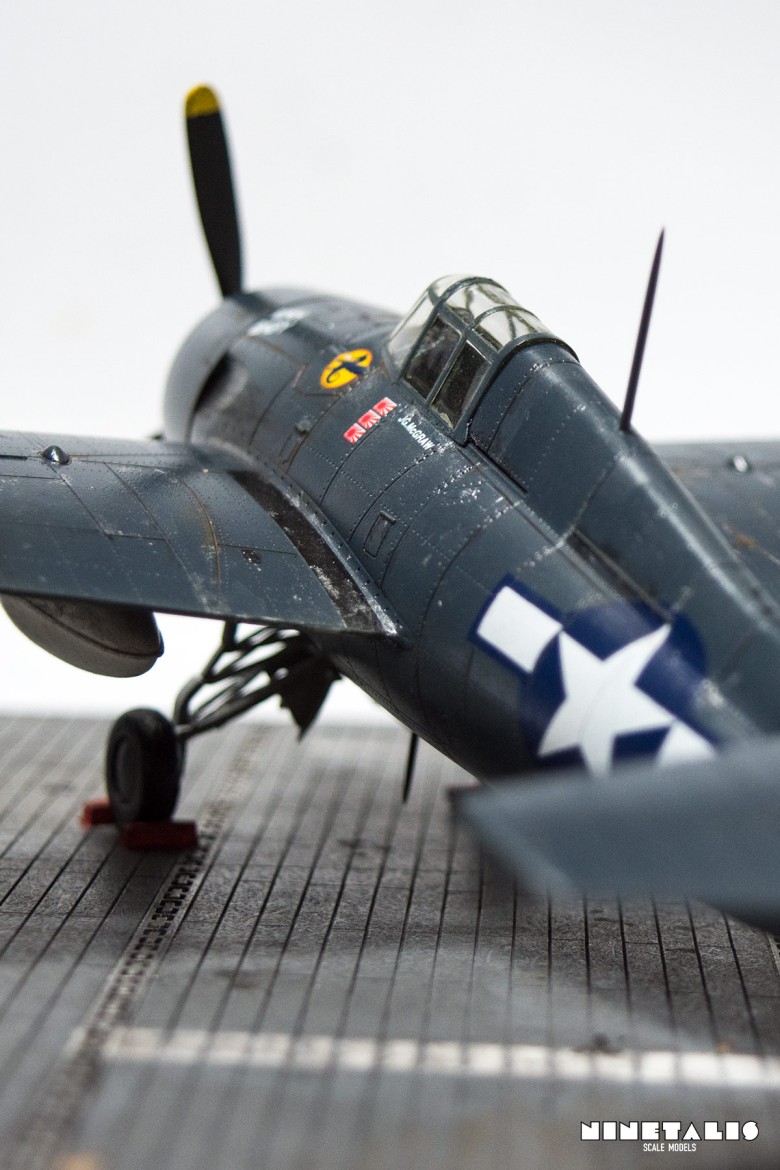