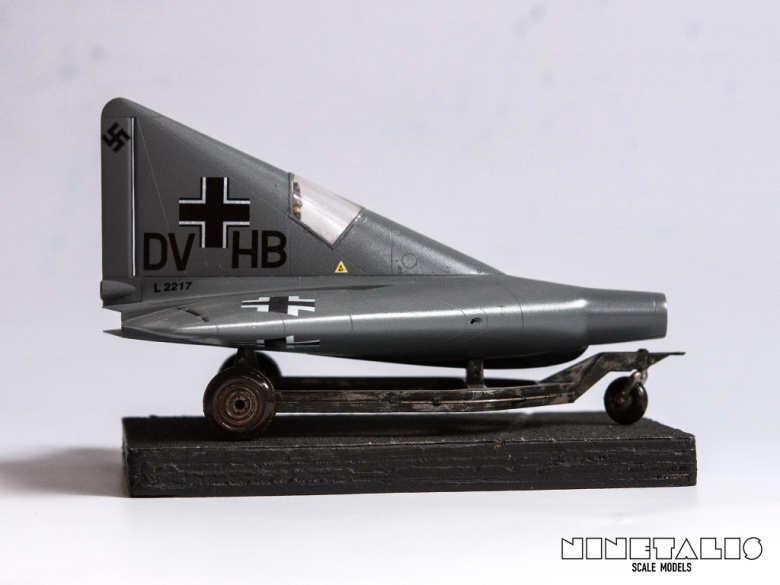 The Lippisch P.13a is one of the many odd projects designed by the Germans during the Second World War. Designed around late 1944 by Alexander Lippisch, it was to be an experimental coal and ramjet-powered delta wing interceptor. It was first proposed that a wire-mesh basket holding coal would be mounted behind the nose air intake, protruding slightly into the airflow and initially ignited by a gas burner. The design never made it off the drawing board, with only a wooden model called the DM-1 partly constructed for wind tunnel testing.

Unfinished before the end of the war, it was captured by US forces who ordered for the DM-1 prototype test glider to be finished and tested. These test later proved that the design had an extraordinary stability when reaching Mach 2.6 and beyond, serving as a basis of many American aircraft designs like the F-106 Delta Dart.

This projects was part of a weekend build and it took me about 2 days to make. There is only one kit in the quarter scale branch when wishing to build this aircraft, being the old Mauve kit. When the company went bust. Revell later re-released the kit in a boxing of their own. While the age of the kit is surely visible, it’s an easy build and doesn’t need much sanding work.

Due to its age the kit does lack detail, though it does sport recessed panel lines. Except for the instrument panel I replaced nearly everything else, from the seat to the flight stick and some scratch build seat belts, while adding more things on the inside. Since no Lippisch  were ever constructed I had to come up with some markings, of which I took inspiration from several German prototype markings. 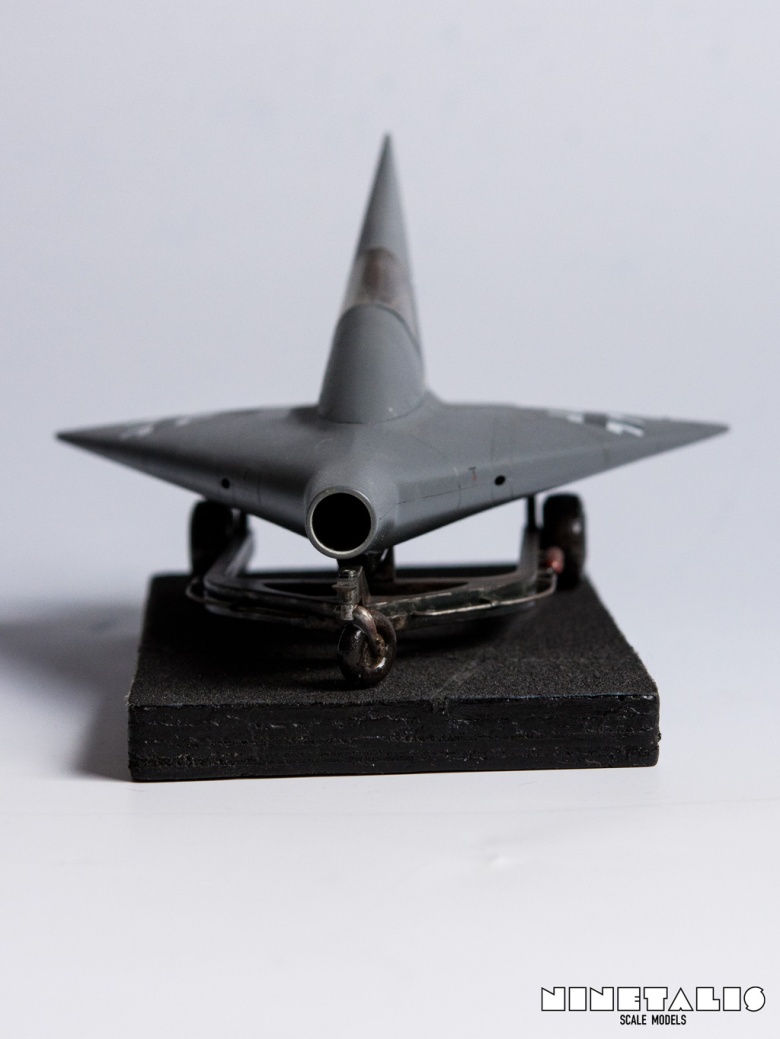