As the Allied bombing raids destroyed the German war industry and cities bit by bit, the German Luftwaffe was keen on getting more effective weapons to fight the Allied bombers. Many of those were jet-fighters like the Messerschmitt Me-262 and the Heinkel He-162, or conventional fighters with bigger and more modern guns. They also had more extreme ideas that most often did not even make it off the drawing board. The Bachem Ba-349 ‘Natter’ is one design that was actually build and tested. Housing 24 to 28 rockets in the nose it would be powered by the same engine as the one in the Me-163, as well as by four solid fuel rocket boosters which gave it an additional thrust for take off and jettisoned after their role was completed. A few non-piloted versions were launched for testing, but the first manned test-flight ended in disaster with the pilot deceased and one of the build aircraft in ruins. In total 34 machines were produced, yet only 1 fully original example survives today, together with a handful of replicas. 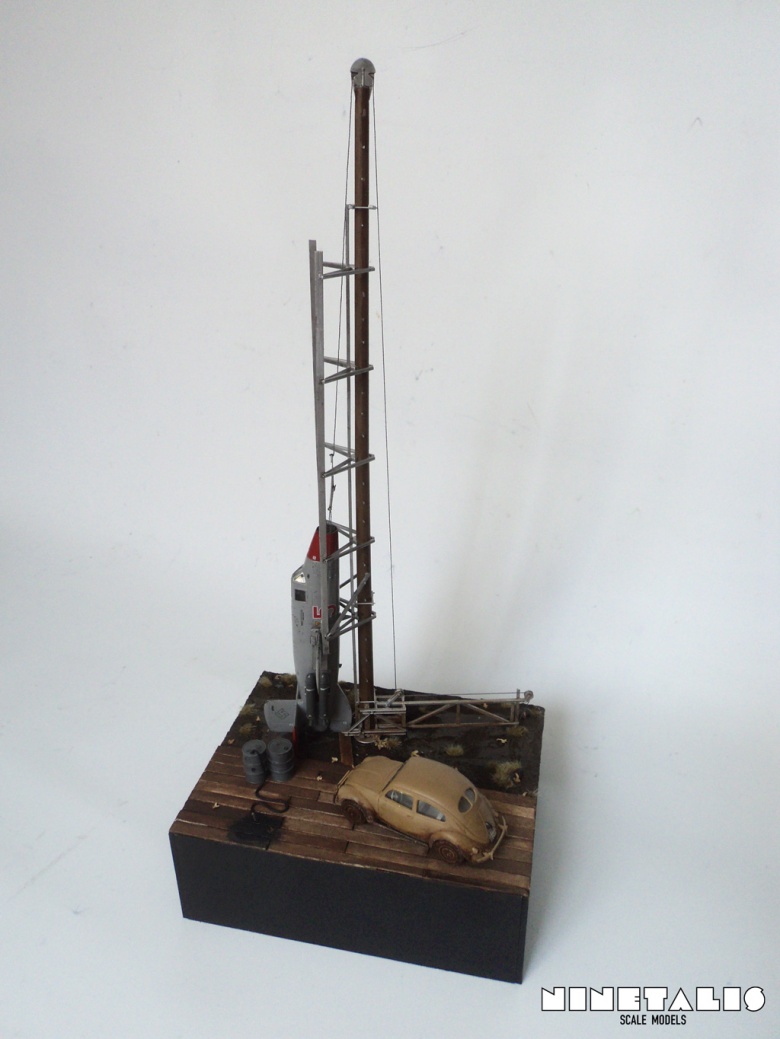 This Revell kit is actually a reboxing from the Dragon kit, and it gives you everything you expect from a Dragon kit. Great detail combined with a good fit. Although a great kit overal, it does have a few issues, most of which have to do with the wooden launch pole. First of all, it does not want to stand up straight and tilts over. It also doesn’t really provide a realistic rendering of wood, but this is understandebly hard to achieve in a plastic kit.

The biggest issue can be found with the steps, these are molded onto the pole and break very easily, no matter how carefull you try to be. I ended up replacing many of them with steel wire that I bend in shape to replicate the steps. The string that is added with the kit is also very thin and is white colored, which is not convincing at all, so I simply replaced that with ‘metal coloured’ polyester string. The base was build from scratch, using material I had laying around. I also bought a few tufts for this diorama, added a few ‘leaves’ and used vallejo still water to replicate puddles. As a final detail I added a some oil drums and a Tamiya beetle that I have build a few years back which I weathered and gave a good sludge wash. 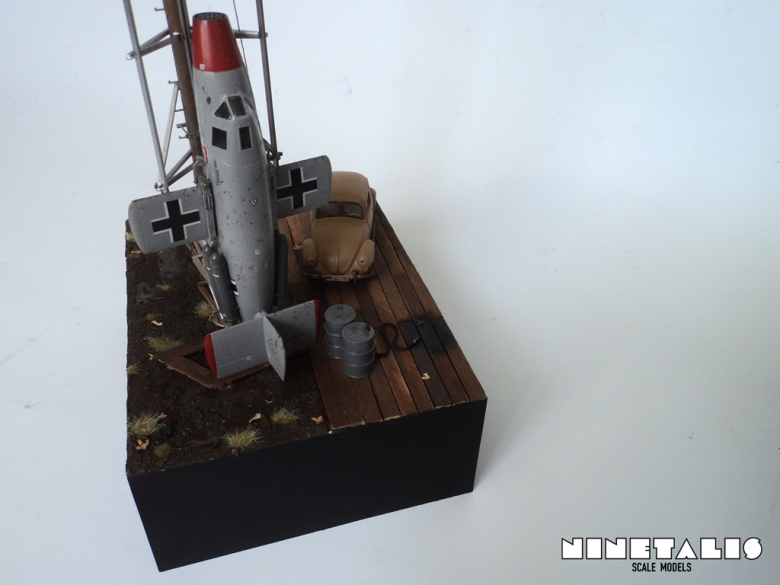 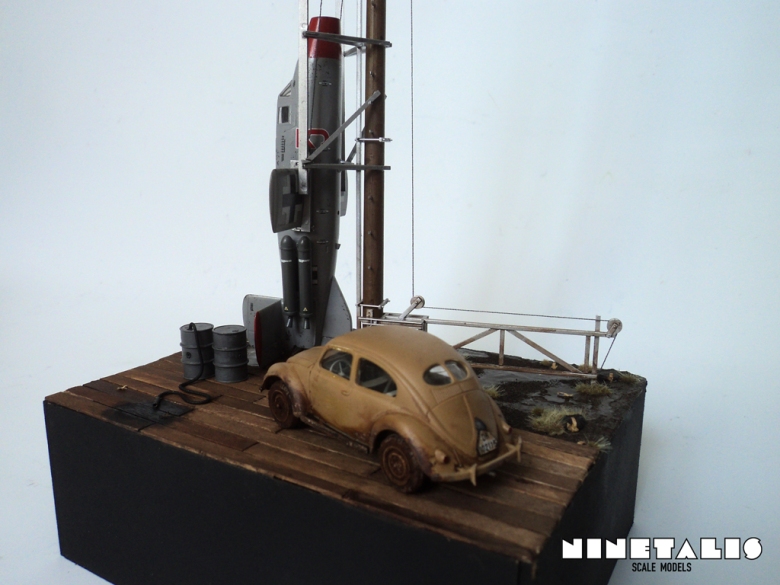