When the Polikarpov I-16 was introduced it was revolutionary in many ways,most noteable thing about it was it’s retractable landing gear. Very agile aircraft due to its size and small wings it also ment that the aircraft was quite venerable to stalling and quickly lost a lot of maneuverability at higher altitudes. The first combat it saw was during use during the Russo-Japanese war, giving the Japanese a run for their money. Later it also saw action during the Spanish Civil war and throughout the second world war facing the Messerschmitt bf 109 and others.

This machine depicted was part of a Soviet display team called the ‚Red Five’. They consisted out of 5 pilots flying various types of the I-16. Flying during parades and reenacting scenes for movies as “Istrebiteli” from 1938. Even though these were display aircraft, they were supposedly always armed and ready for combat. It is even said that they were used to fight off the germans during the early stages of the war.

The kit I used here is the Eduard ‚Polikarpov I-16 Type 10’ kit, and aside from adding some scratch exhausts, pitot tube and wire for the landing gear it is completely ‚out of the box’. I had no real trouble with the kit aside from the bottom of the wings not lining up 100% to the fuselage, but this is not difficult to fix. I used various spray paint cans for some of the paints and I will do this more often in the future as it is so easy and gives such a good result.

The base was constructed on a small plate of balsa wood found at in the discount corner of my local art store. Using some wall filler and various paints I attempted to recreate the muddy circumstances in which this aircraft usually served. 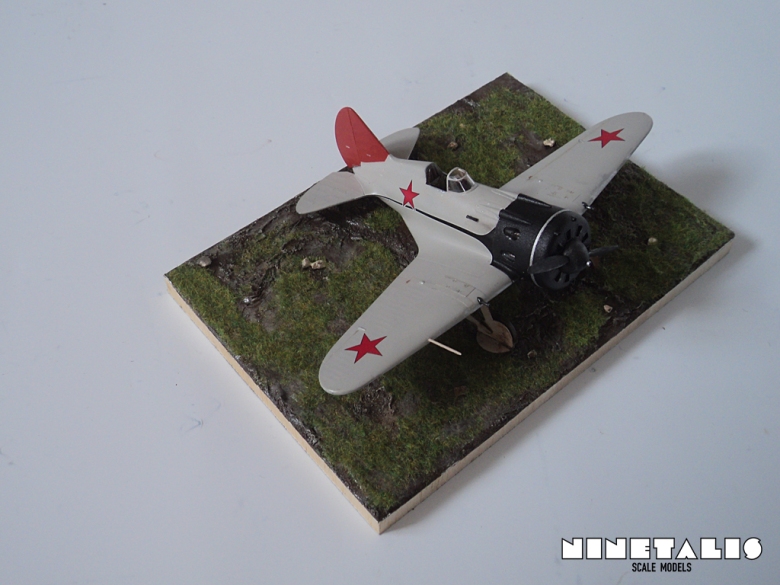 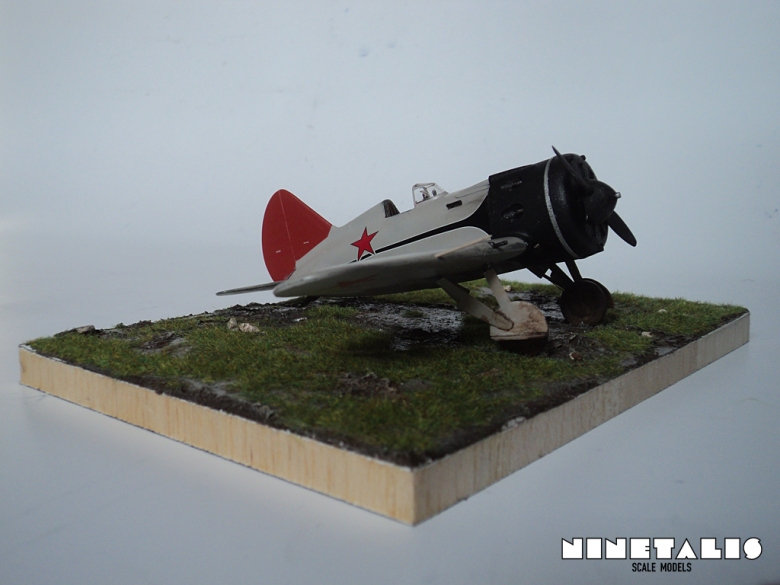 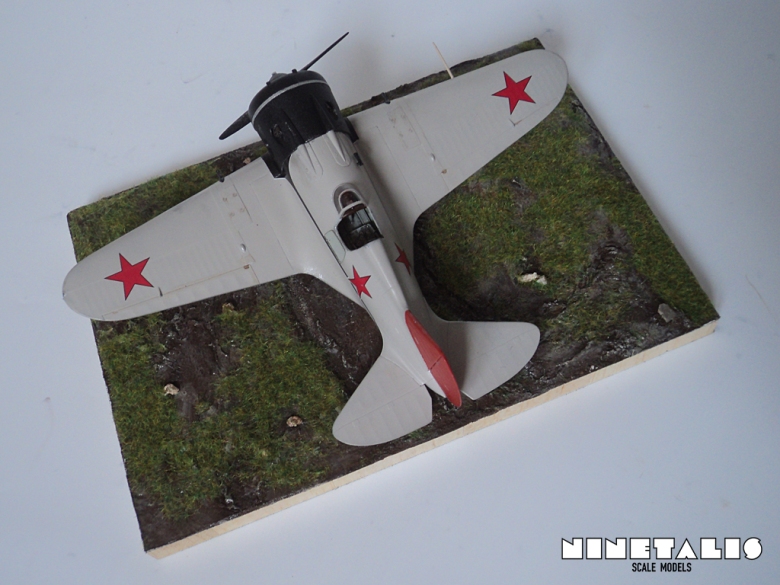