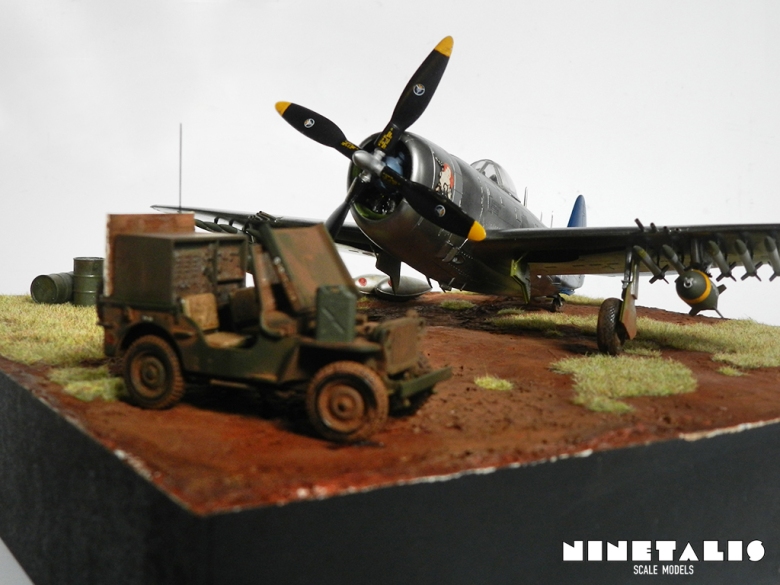 The Republic P-47N was the last of the Thunderbolt aircraft series. Introduced too late to see any combat in the European theater of combat, it was perfectly outfitted for action in the Pacific and CBI campaign. It main features were a complete wing and tail redesign. The wing redesign was necessary to house extra internal fuel tanks to improve the range of the aircraft as an escort fighter for the B-29 bombers during their raids on the Japanese home island.

This very aircraft was based at Okinawa as part of the 413th Fighter Group from the 21st Fighter Squadron, piloted by Don Stuck. For the people who are quite acquainted with other P-47N’s, will probably recognize the pin-up on this aircraft from the ‘Red-E-Ruth’ airframe with the 19th Fighter Squadron. It is thought that the pin up on ‘Red-E-Ruth’ has originated from this very aircraft. In October 1944 to provide B-29 bomber with P-47N escort fighters based at Le Shima and started by engaging factories, radar stations and other targets. It only flew one escort mission and the unit was eventually inactivated in 1946, but reactivated in 1954.

For the making of this diorama, two kits were used. Academy’s P-47N and Hasegawa’s ‘Follow me’ Willys Jeep. Both kits proved no problem and while the P-47N had no real issues, the willys jeep was a perfect kit in every way. Some special things to note with this build is how the ‘follow me’ plate on the Willys was scratch build from small strips of wood and handpainted. The bombs on the P-47N also feature various slogans, which were applied using a small white marker, and the markings were part of AeroMaster’s 1/48 P-47N – Last of the Breed Pt I decal sheet. The diorama was painted with a mix of paints and powder pigments and applied in various layers on top of one another, on which grass was applied as a final touch. 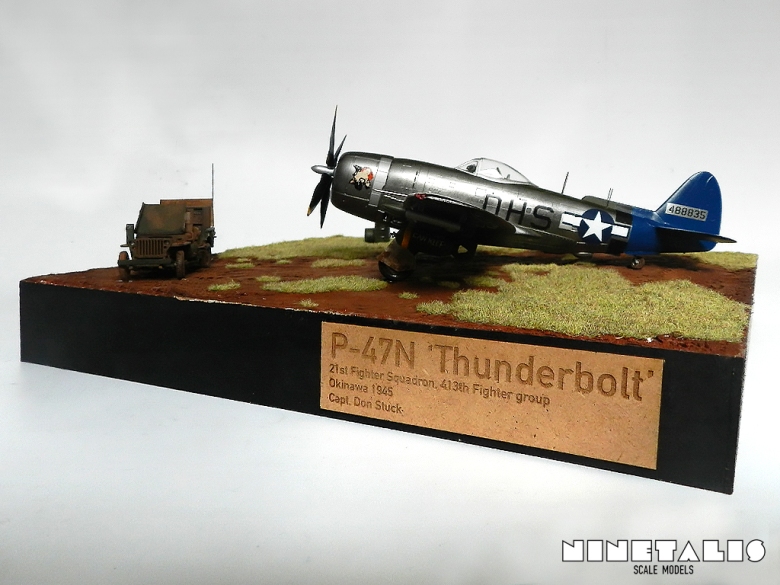 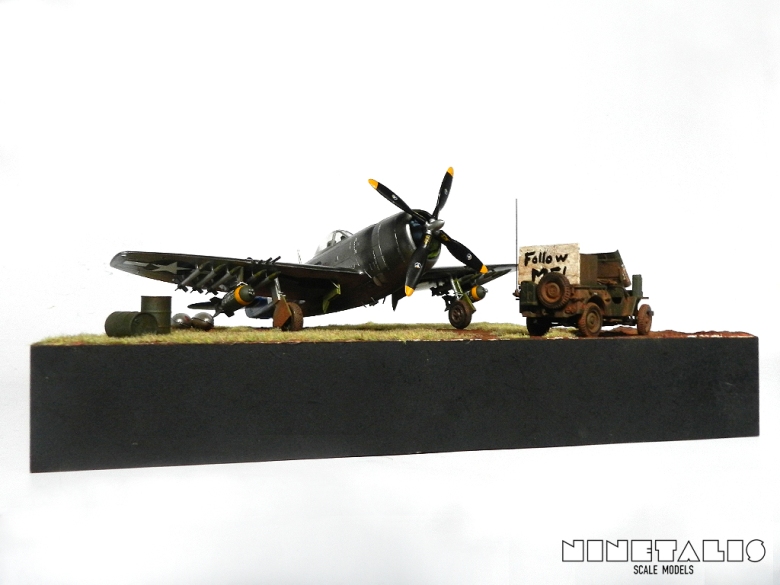 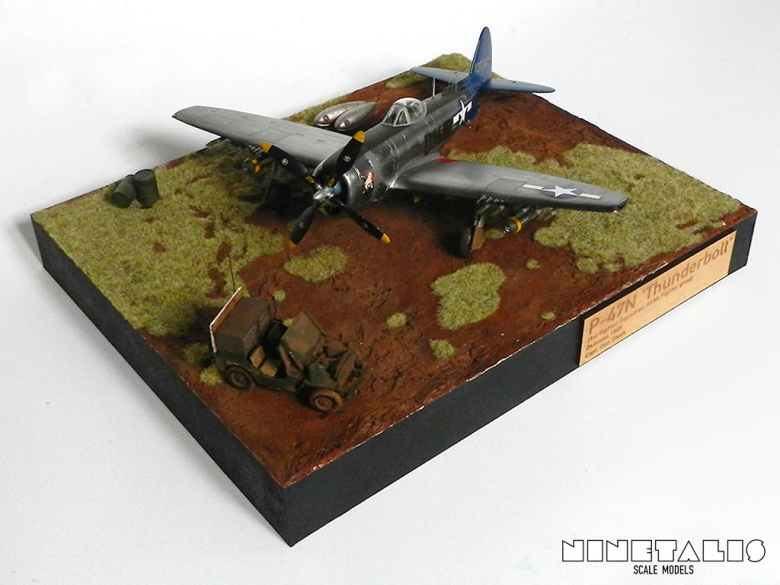 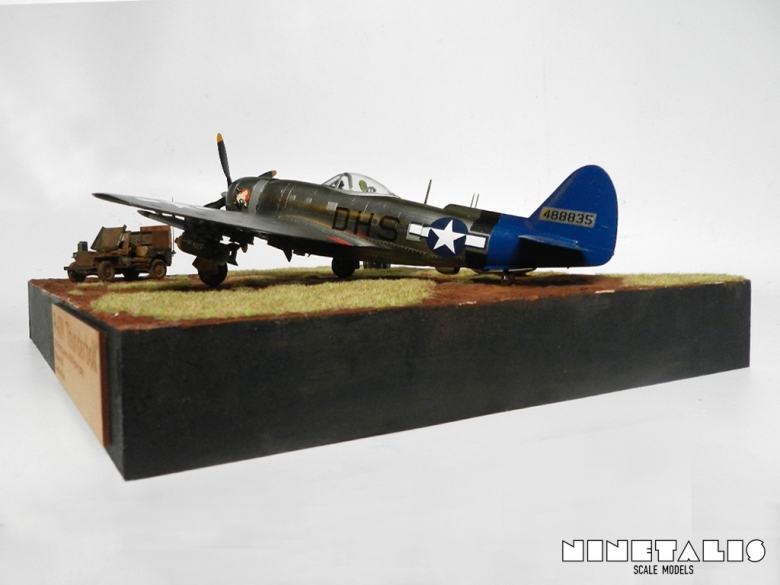 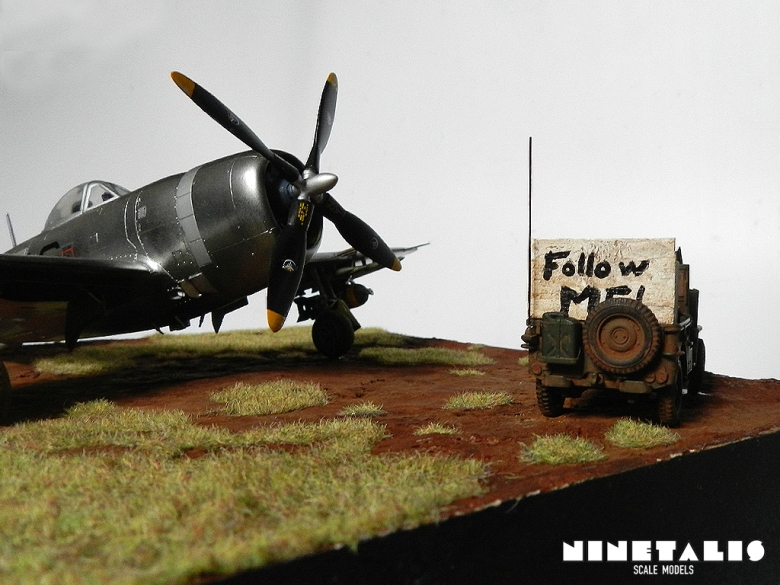 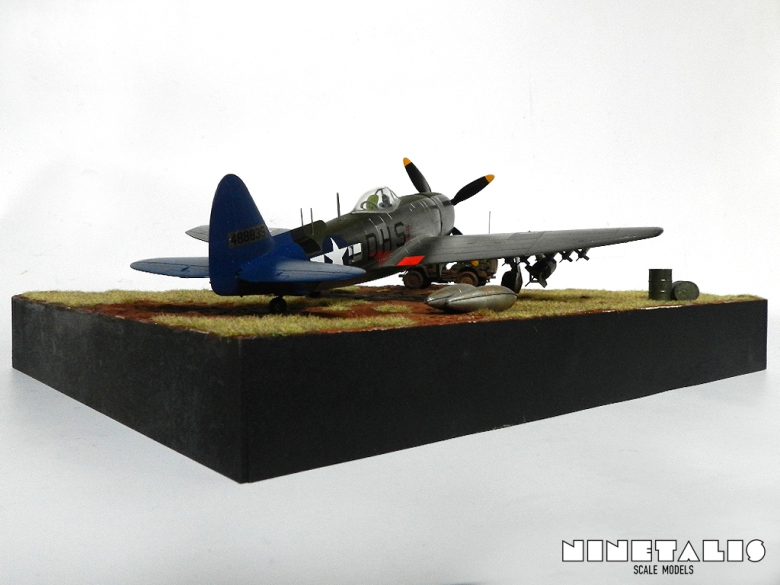 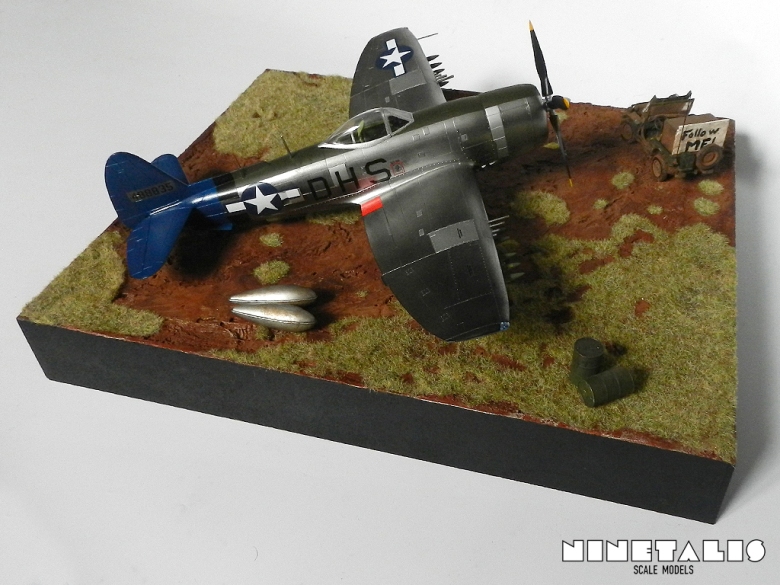