The Kliment Voroshilov (or KV) tanks were a series of Soviet heavy tanks. They were named after Kliment Voroshilov, a Soviet defense commissar and politician. Used mainly the Second World War, they were known for their extremely heavy armor protection during the early part of the war and was the heaviest tank in production when it came into service. Even during the first year of the unstoppable German invasion into Russia, the KV tanks were able to hold their own, after ultimately breaking by shear weight of the German army, running out of ammo or, most commonly, when abandoned by the often inexperienced Russian crews. The Kv came in many variants and proved its success many times, although not every variant was as successful as the other. The KV-2 had a short barreled 152-mm artillery howitzer, which was housed in a MT-1 turret. Weighing over 11 ton, the turret had a very high profile and it made the tank slower than its predecessor, the KV-1. Due to the huge weight of the turret, it had the tendency of blocking when the tank stood at an angle, which proved to have deadly consequences in combat. Many KV-2’s were captured intact by the Wehrmacht, who re-designated them as the Panzerkampfwagen KV-II 754(r) and often used it for artillery spotting.

The 1/48 Hobby Boss KV „Big Turret” kit is a very nice kit all way around. It even has some photo etched parts and these fit perfectly with the other parts of the kit. Only downside in this kit would be the lack of decals, as there are only some of a slogan which would end up on the turret, but various sources state that the KV-2 tanks never had these kinds of Russian decorations, and as I haven’t found any photos of Soviet writing on KV-2’s with these turrets, I decided not to use them.

Other than that, I would definitely recommend this kit to any modeler out there! The tracks are molded in styrene and are a practically perfect fit, so no fear for any rubber tracks that would eat away your model after a few years. If you aren’t sure on buying a Tamiya or Hobby Boss KV-2 in 1/48, I would definitely recommend you to buy this one. It is for one cheaper, fits probably just as well and even has photo etched parts for you to thinker with. I wouldn’t know which one would be the most accurate, but if this isn’t an issue for you, you should really get (a few!) of these in your collection.

The Base was constructed with some cork and some wood strips were glued to the side of the base. This was then painted black with an aerosol spray paint can and then filled with Vallejo Grey Pumice. Some Busch ‚Grain field and reeds’ were glued on the base to represent a wheat field. Finishing touches consisted of some weathering and sprinkling leaves on the tank and the sides of the base. 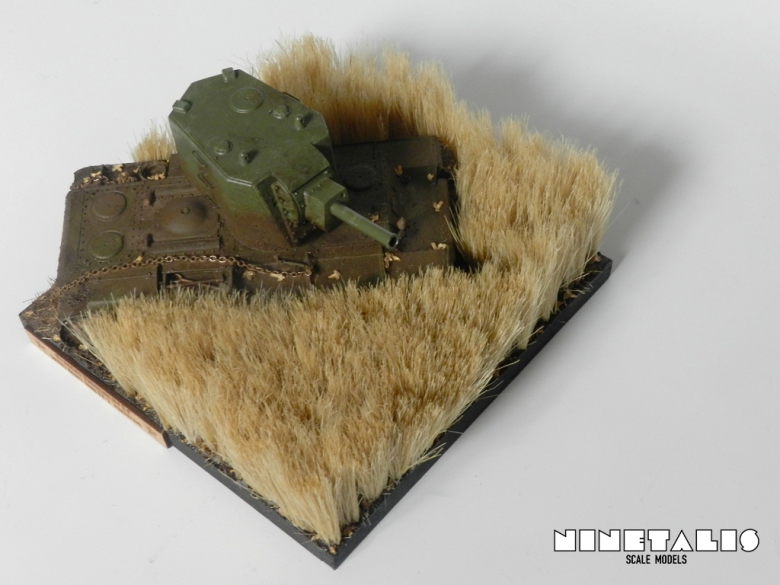 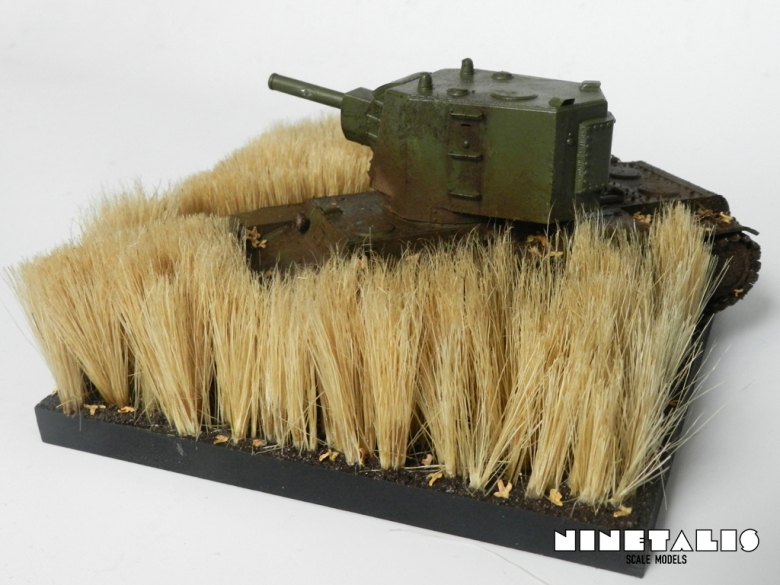 Model kit choice, have we become too spoiled?

What you didn’t know about colour research