Sometimes we need a moment away from our bench, to keep the mind sane over that seam you just can’t seem to get rid of or that paint job that’s driving you nuts. And what is more relaxing yet inspiring than playing some videogames. So every once in a while I will shed some light on the games I have played over the weeks in between the time at the bench. These can be AA games from truly dedicated gaming consoles to free-to-play games on your tablet or computer, so there will always be something for someone.

So without any further ado, let’s get into it!

The one that’s online: World of tanks ‘Winter Showdown’ (PC)

Although I do not really enjoy myself playing the regular WoT game anymore, I did enjoy playing the new ‘Winter Showdown’ game mode. Why? Because it is exactly the opposite of the game. It is no longer the quick action packed experience where your team needs you to perform at your best. It’s actually everything but a serious game, placed in an (3D) 8-bit world, making it an amusing game. Wether you win or lose, you will have your share of fun for the day. 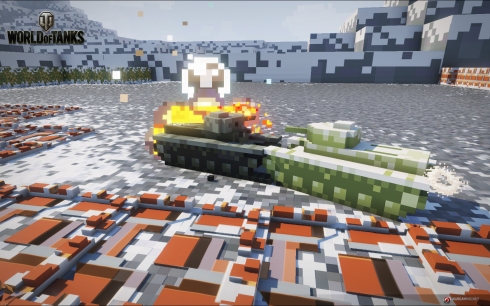 The return of Karl

Those who are already familiar with the game will probably remember ‘Karl’ from last April fools day in 2014. This is actually the continuation of said event. However, Karl himself does not return in the actual game and leaves the podium for 3 new players:

However, do not fear as you don’t need to have or unlock these tanks. You can just find these in your garage where your tier 1 tanks should be of said country. At the end of the event, experience gained on these will be redistributed to your tier 1 tanks.

One thing you do need to keep in mind, if you want to play this event, you’ll have to do it before the 7th of February, as it will disappear with the 9.6 update, so be quick if you want to join in on the fun! 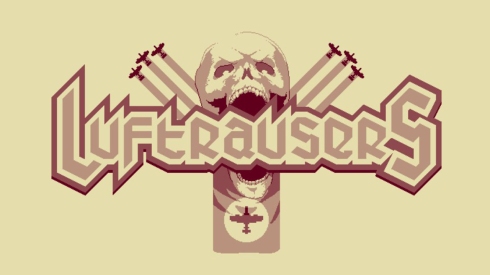 Now I know Luftrausers has been released for a while, but it hasn’t been until now that I’ve been able to play it. This game has been a lot of fun to play so far, and I’m not even sure why. Maybe because of it’s simplicity, or the color palette, or the instant action, the classical 8-bit tunes or just all of it combined. It truly is a time machine taking you back to the time where you’d put a coin in a machine and try to beat the high score you achieved the last time (except you just need to pay once for the game).

The addiction level of this game is high and I often found myself playing the game way longer than I originally expected to play. Partly because a single game is very short. You just want to unlock that new part for your Rauser so you can tune it and maybe get a new high score. Survival is a challenge in itself, as you can take damage from ramming enemies or taking shots. When you need to repair, you just have to stop using your engine and wait until you get repaired, which happens quickly, but you still need to do it in time before your enemies get to you. Now your Rauser is made up out of three parts: The weapon, the body and engine. You start with a basic prop engine and a normal gun, soon you will unlock a laser cannon that shoots a continual laser, an engine that propels itself by shooting bullets, or a body made from a nuke that will vaporize everything the moment you die.

Why is this game inspiring? Well, it has that sort of Luft-46 feel about it. You get launched from a submarine after which you take on hordes of enemies that all try to kill you, from rocket driven fighter ‘aces’ to giant blimps and battleships. It makes you wonder, what if the germans had found a way to launch highly capable jet fighters from a submarine in the middle of the ocean, able to take down hundreds of air targets and battleships alike? The possibilities of probable battles are endless and the war would probably have ended very differently.

As I play this game on the PS Vita, it gives me the advantage of playing it wherever I want. And it’s perfect in that sense, as a normal game has a duration between 3-7 minutes. Even if you don’t have a PS Vita, you can still play it on the go with it a windows tablet with and game pad, since the game only needs 1GB of ram, which is the amount even the most cheap tablets have. If you add a price of 10 dollars/euro, there isn’t a lot holding you back from not getting it. Even if you’re still not convinced, you can just wait until Steam holds another sale so you can probably pick it up at 50% off or even more.

This month’s classic Motorstorm: Pacific Rift, released in october 2008 by Evolution Studios, which has recently released the PS4 game ‘Driveclub’. Pacific Rift is the sequel to the PS3 launch game ‘Motorstorm’ which is often seen as the best PS3 launch game together with Resistance. Despite Pacific Rift game being over 5 years old, the graphics are still phenomenal. When playing the game, you consider yourself driving in a Dakar rally on steroids, where every ounce of sportsmanship has disappeared as you try to push and ram your way to victory. Partly because the goal of the game is to win the Motorstorm festival, which takes place at a different location every time. This time on one of the islands in the South Pacific. 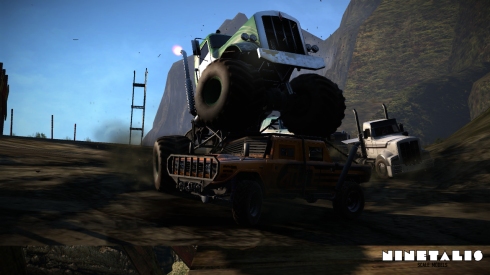 It’s all about tactics

The races are spread out over sixteen tracks which cover beaches with deserted war material to dense jungles and active volcanos. Temperature has always been an important factor in the series. This because you have an unlimited supply of ‘boost’. Yet, the usage of this boost overheats your engine, which can cause you to explode if you do not pay attention to the temperature meter. More so, when racing and jumping over the active lava streams, this causes to overheat your engine quicker, opposite to this you have the waterfalls and small creeks you can plow through to cool the engine faster.

Another thing you need to consider is what vehicle you will use. The game gives the player 51 different vehicles to choose from, going from small and nimble dirt bikes and quads to gigantic ‘big rigs’ and monster truck, plus everything in between. The race courses are usually laid out in a way that the bigger machines stay low and plow through deep mud banks and shallow rivers, while the lighter vehicles stay high on narrow cliffs. This makes that there is no one true way to get around the track and the players need to actively search for the quickest route for the vehicle it is driving with.

Not entirely convinced? You can download a free demo to try the game for yourself. If you like it you can easily pick up a second hand version at a local game store, or just go for a brand new platinum version. You can also download it from the PSN Store. Sadly, in 2012 the online servers were shut down permanently, so you are unable to play it online any longer. This however doesn’t mean you can’t play with your friends, since it supports a splitscreen game mode for up to 4 people.