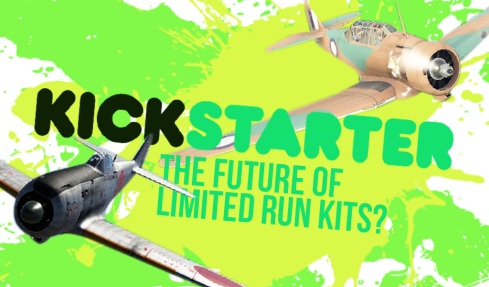 Limited run kits. Expensive and usually quite hard to build. Most of us have one or two laying around gathering dust. But they are useful because it means that obscure subjects which would never see the light of day can yet be created despite the production costs of a kit combined with low popularity.

That means things like the P-40Q bubble top prototype, the Nakajima Type 94 Ki-4 or even a ground power unit from the Korean war to go with your F-86 is available to us.

But how can you check the popularity of such subjects? A Spitfire, Mustang or Bf-109 will no doubt sell like hotcakes, but how do you know that a Saab B-17 in 1/48 will spark enough interest to make it profitable? Sure, a bunch of people will be like “oooooh aaaaah, shut up and take my money” when announced, until it turns out the kit is €60, lose their minds over the price and never buy one. 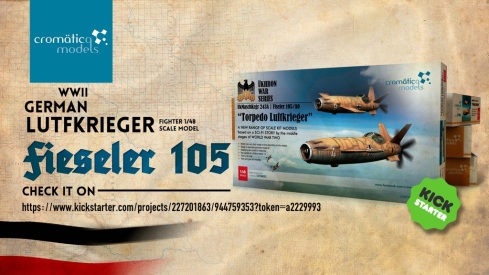 This is were Kickstarter could provide the solution. Although the kickstarter idea is definitely not new and already proven popular in the gaming world, I stumbled across this oddity, a kickstarter project by a company called Cromätica Models.

Cromätica wishes to create a 1/48 Resin kit of the Fieseler 105 LutfKrieger, a fictional Luft ’46 fighter. The whole kit will be cast from 3D printed parts, so the detail we could be looking at is extremely high, even for a resin kit. The project has already reached the status where all parts are digitally designed and layed out.

The set goal is €29.800 for the basic kit. If more backing is found for the project, there will be additional materials like inner componentes for a VTOL display, a customized decal sheet, telescopic and infrared visor for the cockpit, turbojet engines and a pilot figurine.

Although 30.000 euros might seem like a lot of money, it is not that surprising when comparing this to production costs of classical styrene kit, which can run from 150.000 to 200.000 USD about ten years ago. 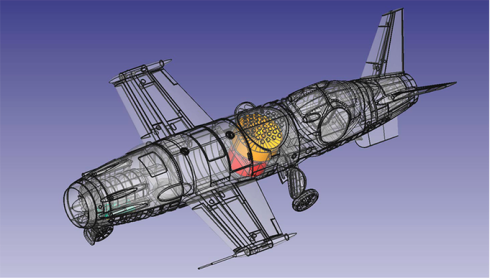 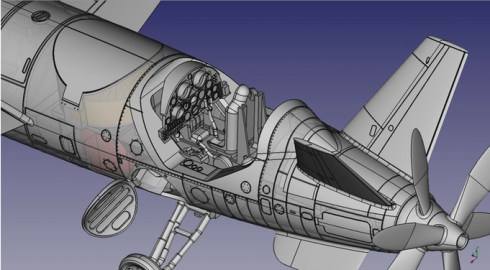 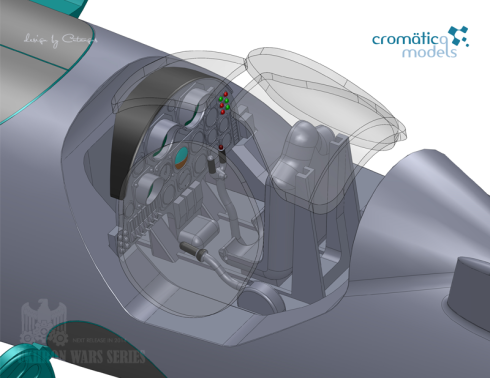 At the time of writing and only one day after the project was released the project has received €1,005 with only 15 backers and 33 more days to go, so hopefully it will pick up some steam and get to the set goal. Even if the goal would not be reached or the costs would exceed the amount collected, the owner states to ‘try to get the money by other means, or just would refund you your pledge’ as stated on the page.

Even though this is a fantasy fighter, I still very much would like to see this project succeed. Not that much because of what it has to offer, but because it could lay the groundwork to more awesome projects like this. It could be a whole new way to introduce planned kits by manufacturers and check their popularity beforehand. I’ll even jump in if the projects get popular enough to be fulfilled.

Are you dying to get your hands on this uniqueLuft ’46 fantasy project and you wish to support it, or you want to see and know more details? Then check out the link below.

Not entirely convinced yet? Maybe their video will change your mind! 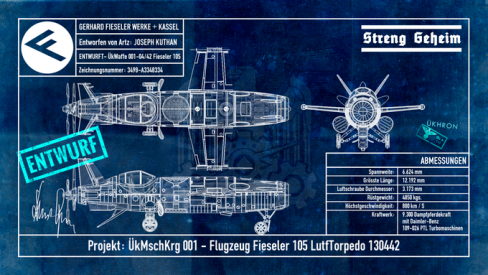 Please note that I simply came across this project and do not have any connection to it whatsoever, nor do I know its creator. I just like the idea and would like to see it succeed so maybe other projects might follow. If you would like to know more about Kickstarter itself and their rules, I recommend checking out their FAQ.

All pictures (with exception of the top photo) are from the ‘WWII Fieseler 105 LutfKrieger’ kickstarter project and owned by its creator.