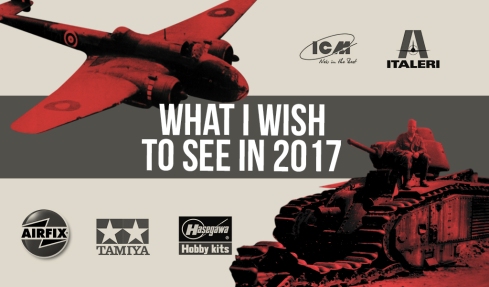 Although it has been hard to keep track of all the great kits being released nowadays, there still are some big holes to fill in the market. Since we’ll be receiving a barrage of newly announced kits soon, here’s what I would really like to see announced and released in the coming months. Let’s have some wishful thinking now shall we?

Airfix 1/48 British medium bombers
The Bristol Blenheim, the Bristol Beaufort, the Handley Page Hampden, the Avro Manchester and so on. You could make an entire list of British medium bombers that aren’t well or just not represented in 1/48 scale and that’s a pity. Many of these bombers fulfilled key roles in the early war days and were all what the British bomber command possessed. 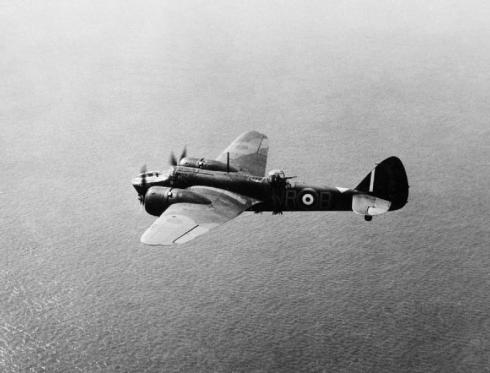 If there is one company that could fill this gaping hole well, it would be Airfix. They have proven in the past that they aren’t shy of doing bigger things like cold war bombers and larger fighters (think Canberra, TSR-2, Blackburn Buccaneer, Gloster Javelin or De Havilland Sea Vixen), so making some of these medium WWII bombers shouldn’t prove a real challenge for them. As for popularity, they’re even doing the rather not-that-popular Supermarine Walrus now so considering that, a Bristol Beaufort doesn’t seem that crazy. 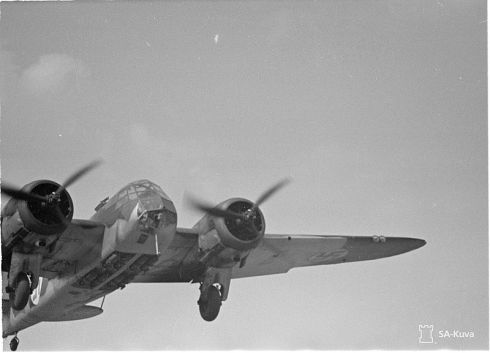 Especially the Blenheim and Hampen seem like a good road to follow. Both were used during the Battle of Britain and were exported abroad. The Blenheim was also used in North Africa and enjoyed a whole list of foreign operators like Finland, Australia, Portugal and so on. It could even serve as a stepping stone into a few more awesome subjects like the Bolingbroke, Beaufort and Beaufighter which to certain degree share identical parts with one another.

Tamiya 1/48 Tanks
Whatever Tamiya will do next is a guess for anyone, but dreaming doesn’t hurt. A 1/48 Churchill is something I’ve been hoping for years they would do. Despite doing previous Cromwell, Crusader and Mathilda kits, the popular British heavy tank seems to have been left out so far. Given the fact that they’ve slowly been adding more British 1/48 AFV subjects into their line-up, I have good hope we might get to see one soon. 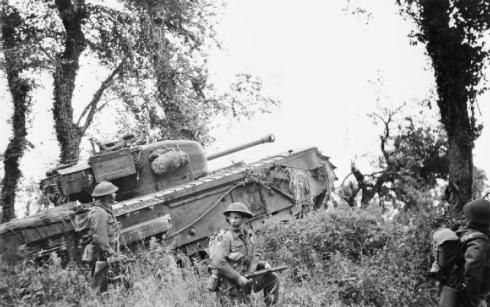 Another big beast that Tamiya would do well in 1/48 is the Char B1. Not only is it undoubtably the most popular French WWII tank, the Wehrmacht made great use of it on the Eastern front. As such it can enjoy additional interest aside from just us weird French tank fans. Since Tamiya has released more than one 1/35 version of the tank so far, I’m sure that they already have all the references they need. So what are they waiting for? 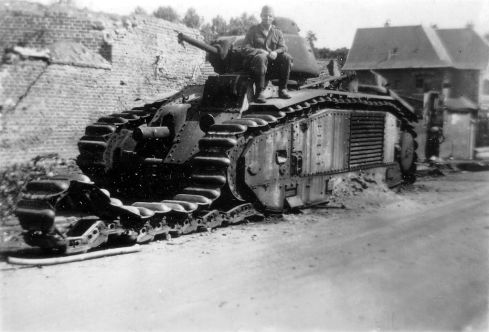 On a side note too, some Japanese WWII tanks in 1/48 wouldn’t hurt either my dear Tamiya friends!

ICM 1/48 Junkers Ju-188
ICM has been making some mayor moves recently and stepped up their game in the 1/48 world (and other scales). With their new Ju-88, I-15 and Beechcraft kits, it can no longer be considered as “that Ukrainian company that has a few cheap kits that prove quite a hassle to build” as many builders did before.

As their Ju-88 now competes with the older Dragon kits, it would only be logical for them to now focus on releasing a Ju-188 version as well. The previous Dragon kits are extremely hard to find and not easy to build, not even mentioning how expensive they usually are.

The only real changes would be the canopy and cockpit, although some variants would need different engine covers too. This doesn’t seem that much of a hassle considering we are talking about a plane with over 1200 produced and more than enough variants and options to cover.

Hasegawa 1/48 Any Japanese bomber
Probably the last thing we will see happen in this list but we can dream right? Although pretty much every Japanese army and navy fighter has been embodied with multiple kits and tooling, bombers have been left out for whatever reason (probably the lack of popularity and price tag that one such kit would have).

Besides AZ model’s (rare) Ki-48 Lily and Tamiya’s G4M Betty, it is a barren wasteland for us out there. Despite their not that low production numbers, we’ve yet to see a Ki-21, Ki-30, Ki-67, Ki-49, G3M or P1Y1 kit in 1/48, and that’s a rather saddening thing. Hasegawa has made the Ki-45 two engine fighter series before, so a two-engine bomber isn’t that farfetched for them. Please Hasegawa, will you fill this gap?

A special note on Italeri’s Facebook page voting system
Those following the Facebook page and Italeri’s Facebook page might have seen that Italeri recently did something different. Posting pictures of aircraft, tanks, trucks and so forth sent in by other modellers, they asked us to ‘like’ what we would like to see them produce. Although no scales were added, there was a decent turnout on people liking what they wanted to see. Posted below are the aircraft en helicopters that ‘won’ the competition. 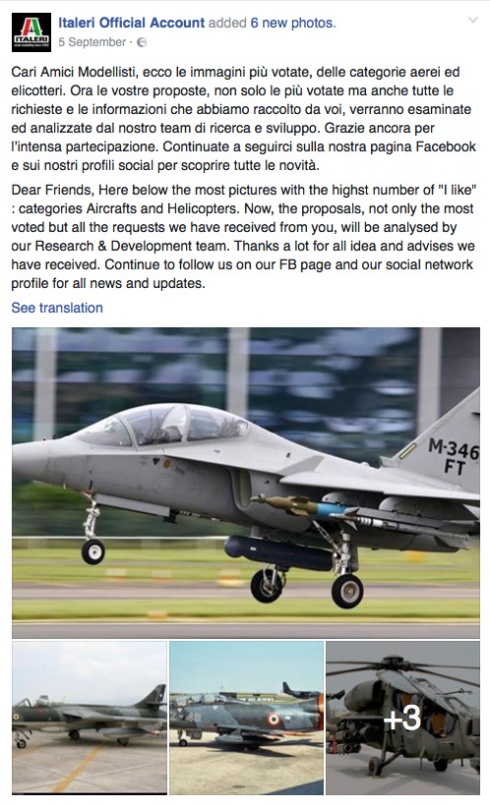 Although I like that the modeller is somehow more involved in the selection process it obviously needs a bit of work. For one it sucks that scale is not mentioned with these. I’m sure some people have voted for something they wanted to see, but once it turns out to be in another scale they might never buy one at the price of other options that only lacked a few ‘likes’.

The only thing I’d personally hope is that the Eurocopter Super Puma will be in 1/48… I want that Swiss in my display cabinet and see some SAR versions made! Yet to be brutally honest, I’m still waiting to see that 2013 announced 1/48 H-21 Banana of theirs first…

So much already happening
Of course this is just a wishlist from one guy and as said before, we barely have a reason to complain. Kits are being released left and right and more is released than our wallet or building time can truly handle.

Airfix’s Supermarine Walrus, Trumpeter’s Boulton Paul Defiant. Hobby Boss’s 1/48 La-11 & Su-17, Kittyhawk’s Su-34, ICM’s 1/48 MiG-25, Tanmodel’s Blackburn Buccaneer, just a few things aside from a whole other list that will arrive in the coming months running up to 2017, so I’m hoping we might see one thing from this list happen.

Anything you would like to see or has something been announced recently that got you really excited? Let me know, I always like to see what others are into.