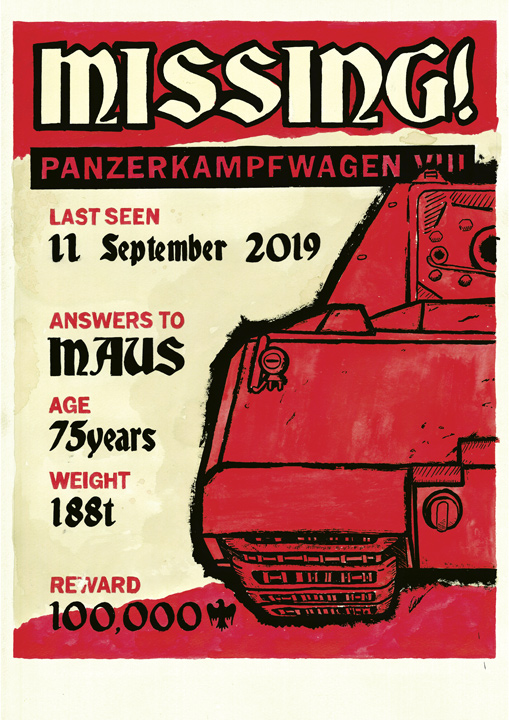 After years of discussion, the official announcement came on the 13th of August 2019. The Maus and several other German ‘prototype’ vehicles were to be made unavailable to any players who hadn’t unlocked the Tiger II 105mm, the Panther II, the Coelian and the infamous Maus.

Despite a backlash over the lacking communication concerning the removal of the Maus, the decision remained firm. On the 11th day of the following month, update 1.91 arrived and the end of an era came with it.

The removal of the Maus from the regular research tree has since been a reality. The vehicle became an endangered species of sorts within the War Thunder community, but neither me or Phlydaily, the game’s most well-known Youtuber, could sit idly by and let the 188 ton behemoth become a lost meme. As a final goodbye I created a 40’s propaganda-themed ‘missing’ poster of our obese best friend, which was put together using various types of inks, paints and a final Photoshop touch.

Goodbye Maus,
gone but not forgotten.

The item is for sale as a poster, a canvas print, sticker and as a blanket for a limited time. So pick up yours while you still can at Phlydaily’s Teespring homepage! 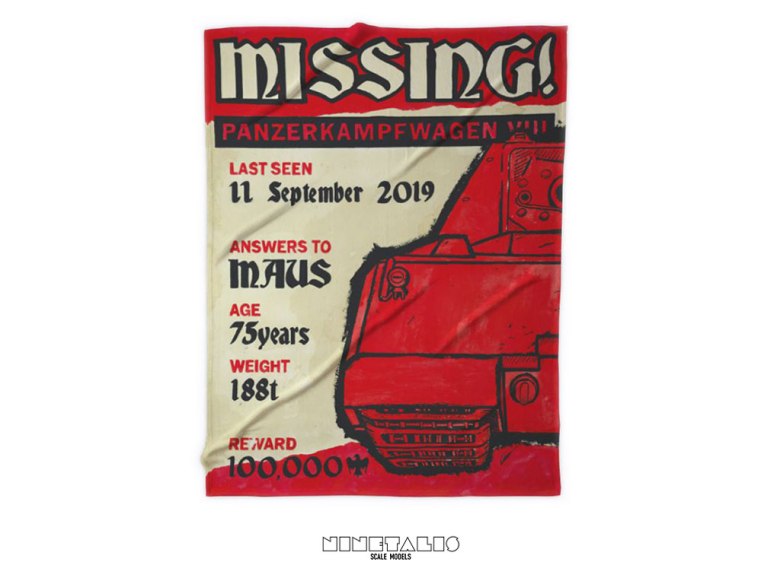 Go back to design works